Tom Brake, MP for Carshalton and Wallington, has slammed GTR for giving Charles Horton, CEO of Southern Rail, a whacking great salary of £478,000 a year. 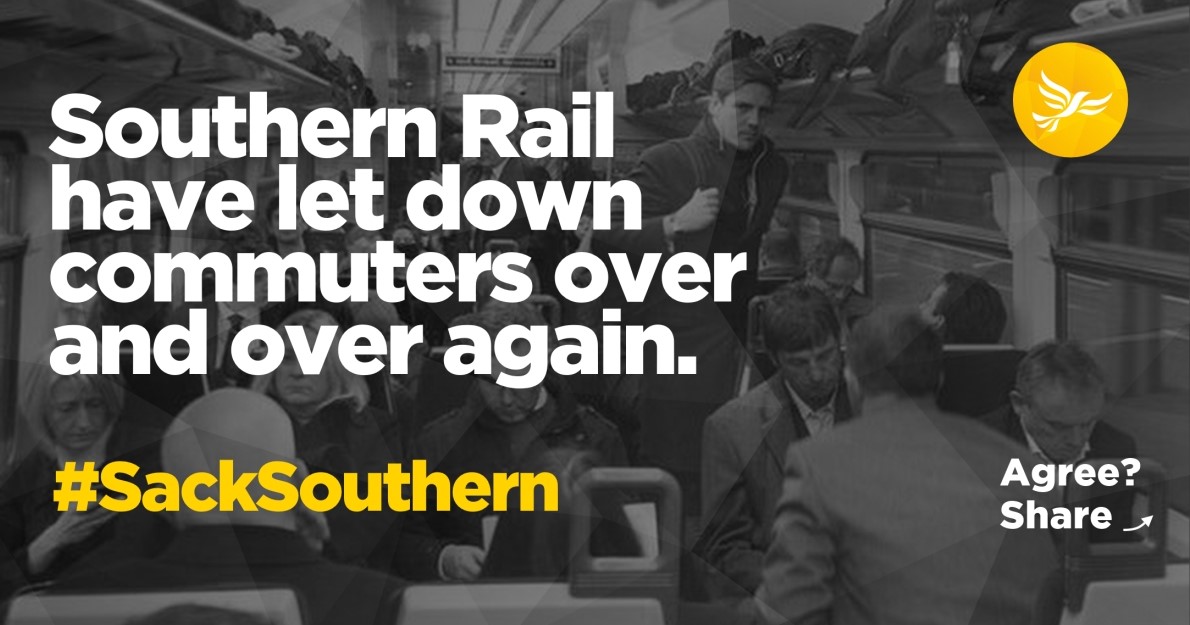 Despite parent company Govia Thameslink losing more than £15 million in a year and Southern been rocked by delays and cancellations, Mr Horton takes home, in a year, just short of half a million pounds.

In the same year, almost one-third of Southern’s services were late, causing misery for over 300,000 passengers.

“I am afraid this is not a late April fool’s. It’s gob-smacking that despite passengers suffering more than two years of constant disruption on Southern services, Mr Horton is being rewarded with a few bob short of £500,000 per year.It is impossible to see how a salary of this size can ever be justified, but it is certainly beyond the pale when passengers on Southern and Thameslink have suffered weekly disruption, on an unprecedented scale.’’

You can sign Tom’s petition to ‘‘Sack Southern’’ here: http://www.tombrake.co.uk/sack_southern.