Tom Brake: ‘I’ve seen ministers’ homework - a child could have done it’

Lib Dem MP Tom Brake has seen the government’s ‘top secret’ analysis of the impact of Brexit. He reports back on what he found. 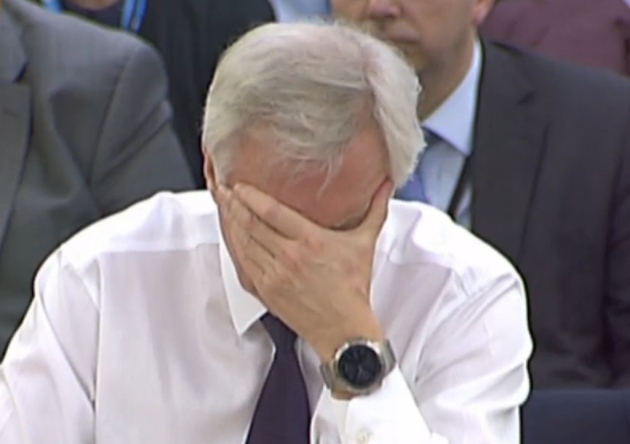 In my 20 years as an MP, I cannot recall any government or parliament embarking on a course of action with such a profound bearing on our economy, security, diplomacy and stature in the world, with so little knowledge or understanding of its ramifications.

This is, however, the stark reality of how we are, even at this late stage, approaching Brexit.

The government claims to have done its due diligence with their so-called sectoral analyses – no one talks any more of the fabled ‘impact reports’. But these flimsy documents fall a long way short of delivering the “excruciating detail” that was promised not so long ago by David Davis.

When I went to view these analyses, which required me to book a time slot with the Department for Exiting the EU and hand in my mobile phone, I found them to contain nothing of substance and certainly nothing that was not easily available through Google. The cloak and dagger stuff around accessing these documents seemed to serve no other purpose than to give a false impression that they had something new and useful to say. In reality, a competent GCSE student could have produced something of similar quality, in a far shorter timescale.

Leave supporters in parliament and the media too often dismiss the importance of assessments of economic impact, arguing that, regardless of their findings, the ‘will of the people’ must be respected. Polls are showing that this national will is weakening as the government demonstrates how amateurishly it is approaching the negotiations.

Responsible MPs from all parties must, in the meanwhile, challenge this economic irresponsibility at every opportunity.

The government may have been winning some battles over Brexit just lately, but the war is far from over. The closeness of last week’s EU (Withdrawal) Bill Report Stage votes show that Theresa May’s forces are going to face stiff opposition in the House of Lords.

Indeed, on the second day of debate in the Commons last week, the Government narrowly avoided defeat on Lib Dem New Clause 11, winning by 320 votes to 301.

The clause, in two parts, would have first forced the  Government to publish an assessment of the impact on the economy and the regions of either the agreement struck or no deal. This assessment would have to be available to MPs before the vote on the deal in parliament.

Second, if parliament then rejected the deal or no deal, the government would have been required either to extend the Article 50 negotiations or, my preferred option, to rescind Article 50 thereby achieving an ‘Exit from Brexit’.

Last week’s vote is more evidence that the opposition parties can work together to stop Theresa May driving UK Plc over the cliff. It was encouraging finally to walk into what I’d expected to be a comfortable and sparsely-populated division lobby occupied by the Lib Dems, SNP, Plaid, Green and pro-EU Labour MPs to find it packed also with Labour’s frontbench.

I have to admit that this came as a complete surprise to me. Their support could be a significant development in the Brexit debate.

Does its mean that the Labour frontbench has changed its mind? Or was this another master class from Jeremy Corbyn in constructive ambiguity? I hope it was the former and urge the Labour leadership to join us in this fight.

As the EU Withdrawal Bill moves to the House of Lords, where the Government isn’t close to commanding a majority for its toxic Brexit, joining forces in this way would shatter the Government’s weak majority.

We stand ready to work alongside Labour and Conservative members and those from any other parties who share our patriotism and our desire to secure the best possible future for our country.