History was made in Sutton on Saturday. Accompanied by dozens of volunteers and activists across Carshalton and Wallington, Tom Brake MP took to the streets in support of remaining IN the EU. 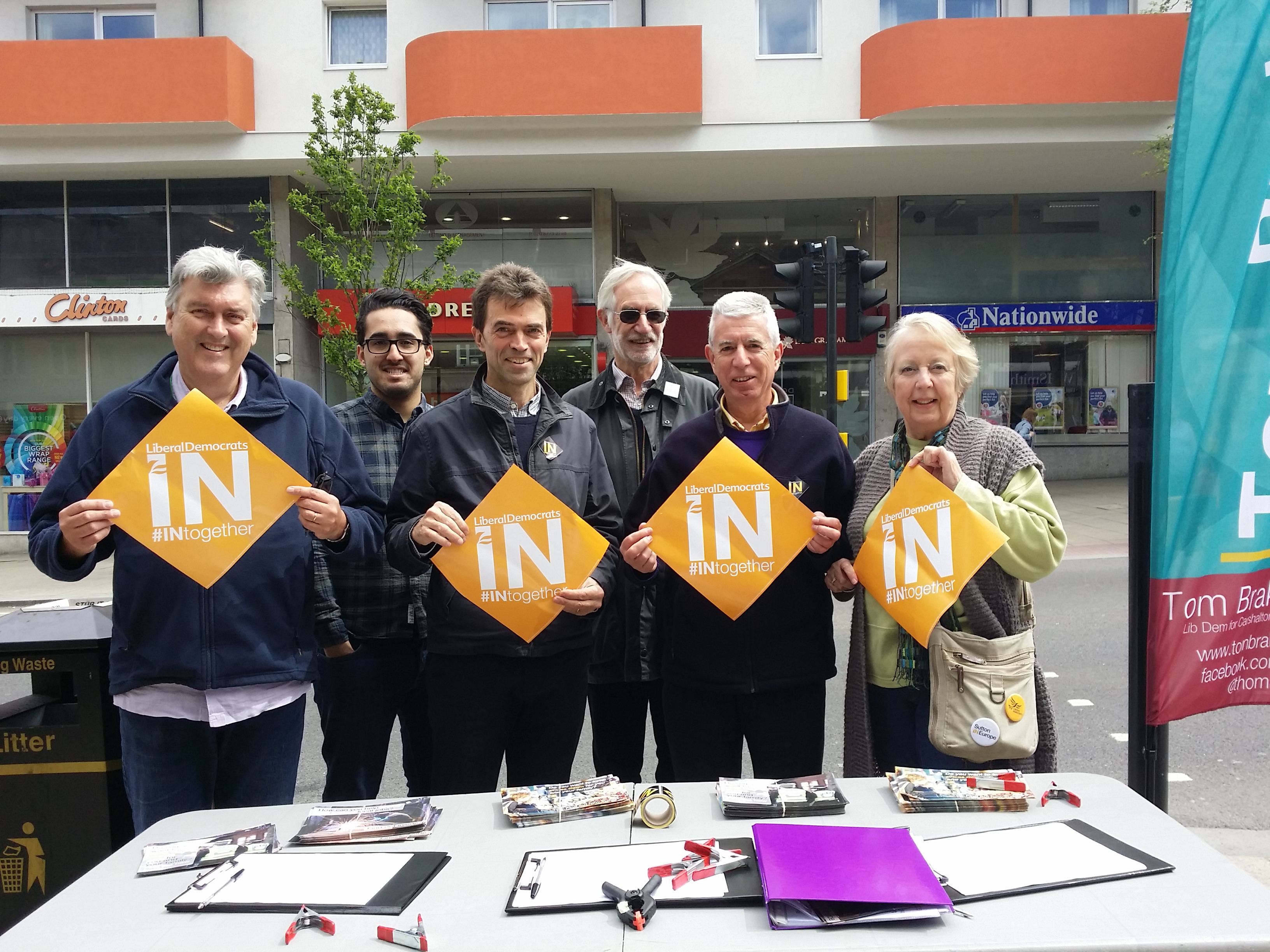 Saturday saw over 1,000 separate groups around the country lead efforts, including 200 Lib Dem stalls including  in Carshalton, Wallington and Rosehilll, to inform citizens about the benefits of staying in the EU—the largest day of cross-party campaigning in UK history. 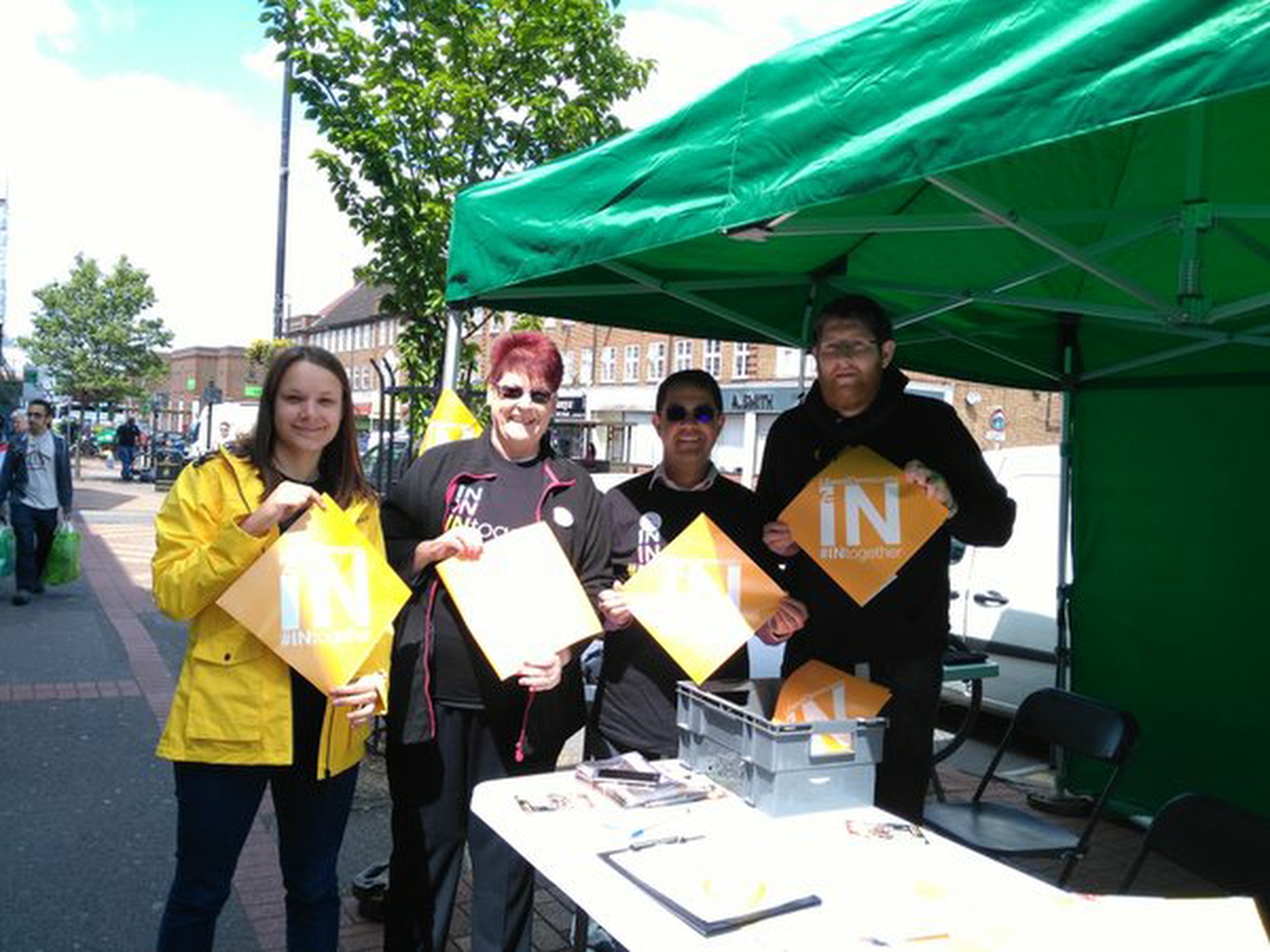 “It was fundamentally important for people to hear our positive message as to why we are stronger in, as well as the risks associated with Brexit.

It is very clear the facts and the experts overwhelmingly agree that we are stronger, safer and better off in the EU.

In contrast, Vote Leave’s campaign are not only misleading the public with dodgy statistics, but they have yet to explain how many jobs Brexit would put at risk, the impact on our security, what type of trade deal they want with the EU and how long it would take to negotiate.”

With less than five weeks remaining before the vote, polls are indicating a close race. For more information about the upcoming EU referendum, click here:http://www.tombrake.co.uk/europe_facts 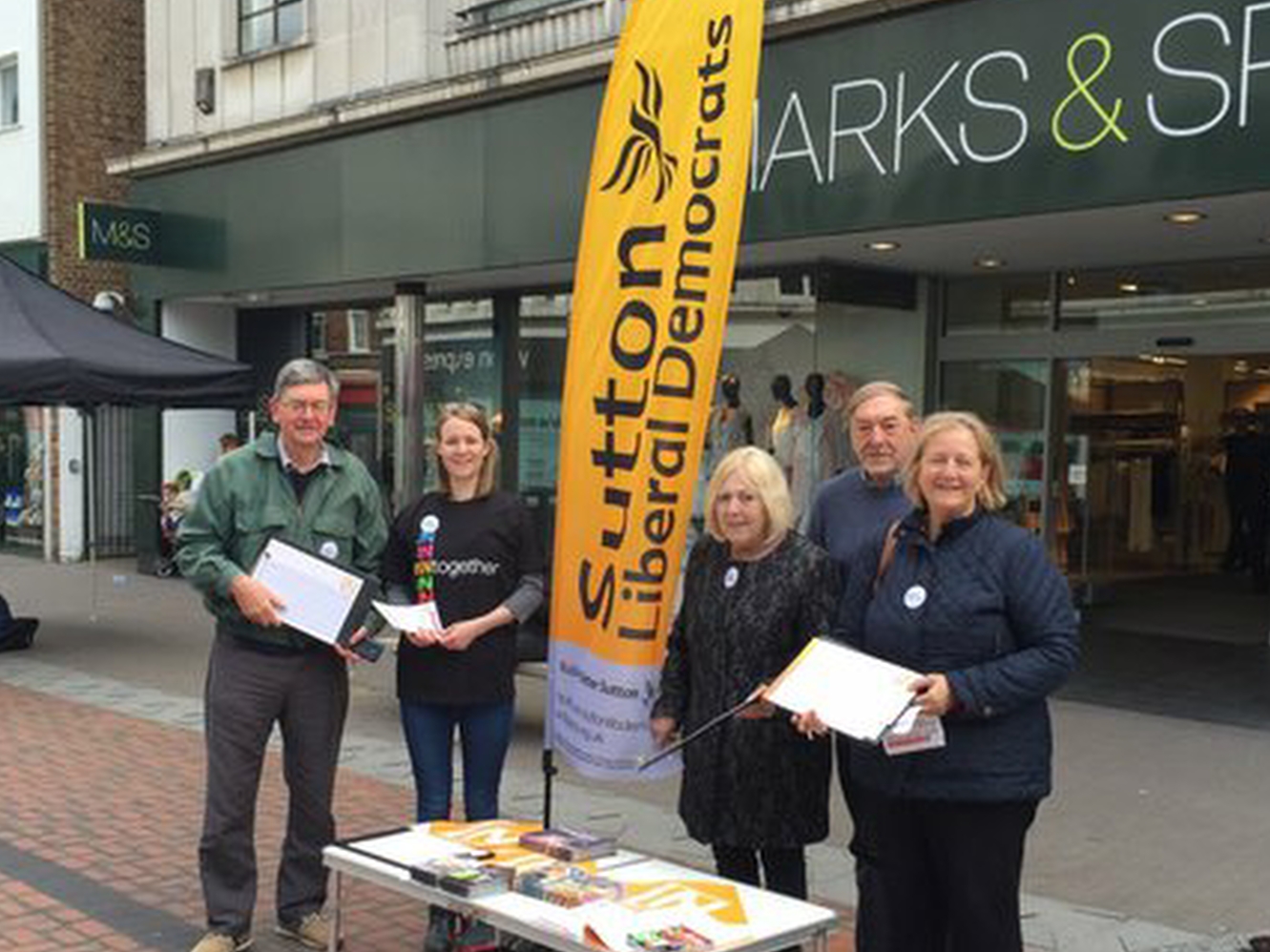