MP Tom Brake signed the Remembering Srebrenica Book of Pledges on the 21st anniversary of the massacre which saw over 8,000 men and boys murdered just because of their faith. Alongside this was the weaponization of rape and sexual assault, which became a tool of ethnic cleansing. Tom joined the thousands of voices who say ‘never again’. 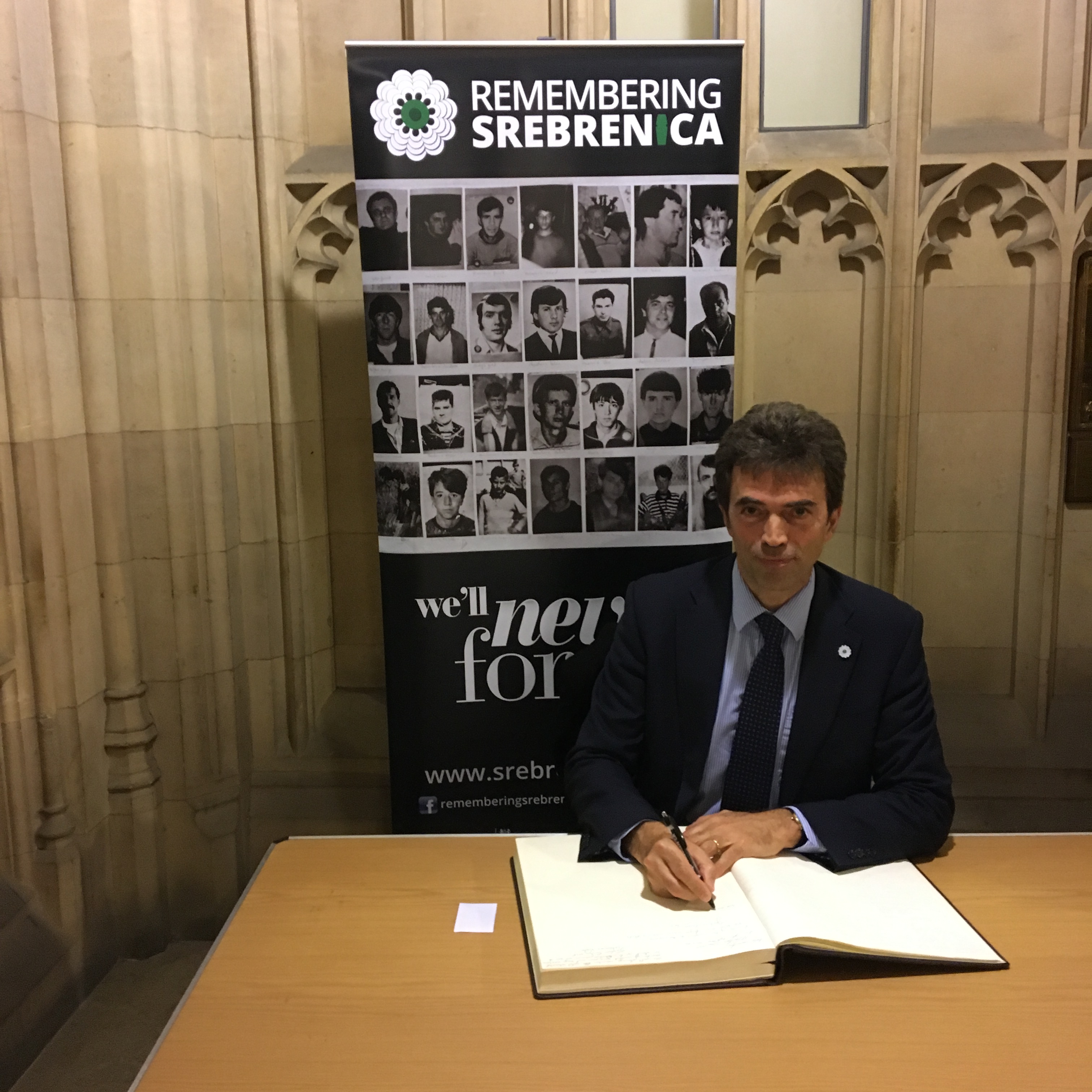 On the 11th of July 1995 General Ratko Mladic and his Bosnian Serb forces marched into the town of Srebrenica, which had been declared a UN Safe Area, and systematically murdered the Muslim population. Remembering Srebrenica is a charitable initiative which since April 2014, has sent over 800 leaders and key figures to visit Bosnia to ensure the lessons of the massacre are learnt. Running parallel to this is a grassroots programme, which has educated 21,000 young people on the issue, seeking to safeguard future generations from the politics of division and hate.

The MP for Carshalton & Wallington, refusing to let this tragic episode fade from memory, said:  ‘The lessons that were learnt in the immediate aftermath of Srebrenica are as poignant now as they were then. The importance of community cohesion cannot be stressed enough, especially in the current global climate where too often our differences become points of conflict, rather than opportunities for personal growth and education. The memorial day an opportunity to remember the victims and survivors of Srebrenica, but also to work together in making our own community a place of safety that welcomes and cherishes people’s with different views and beliefs.’

To find out how you can get involved with the Srebrenica Memorial Week, go to http://www.srebrenica.org.uk/.