Tom Brake, MP for Carshalton and Wallington added his voice to the GO 20 campaign to make 20mph the default urban speed limit – to bring about safe, active, happy communities.

Mr Brake joins eight in 10 people (78%) across the UK who believe 20mph should be the norm around schools, on residential streets, and in village, town and city centres, as revealed by a survey carried out by Brake - the road safety charity - and Allianz Insurance. 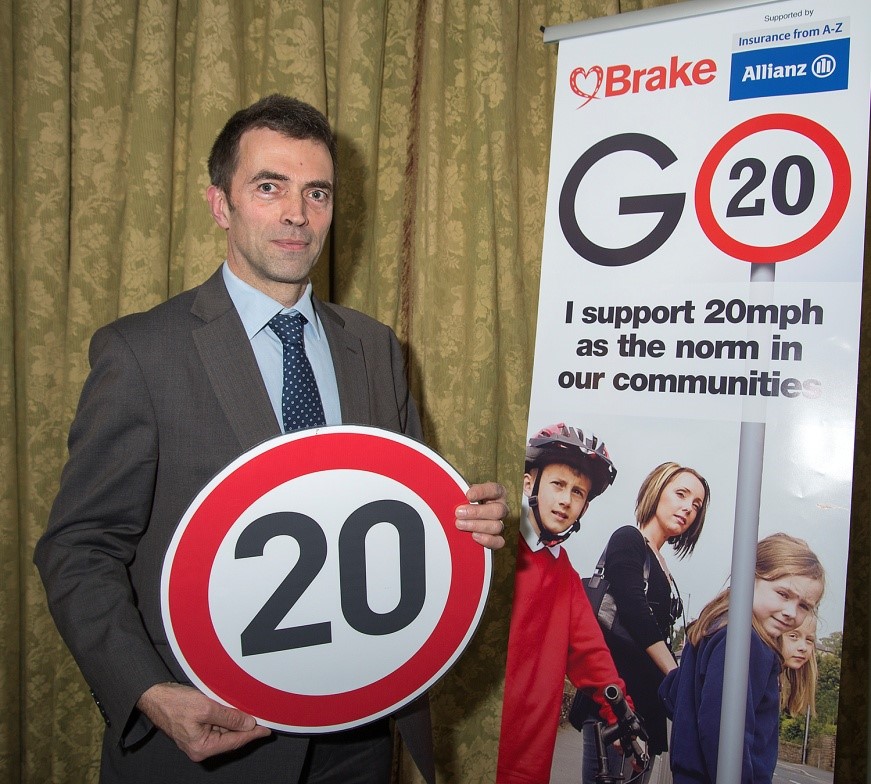 Tom said: “As a keen runner and cyclist I am aware of the dangers posed by cars travelling at higher speeds. Reducing the speed limit to 20mph will not completely stamp out road deaths, but it will dramatically reduce them.”

“This proposal will not only preserve life, but will also have real economic benefits.”

Statistics show that only 80% of pedestrians survive being hit by a car at 30mph. However, compared with the 97% survival rate when hit at 20mph, the call for a reduced speed limit, particularly in residential areas, has gained great support.

Areas that have already introduced 20mph limits have seen significant reductions in casualties, such as Portsmouth where they fell by 22%, and Camden, where crashes reduced by 54%. Other high profile local authorities now GOing 20 include the City of London, Birmingham, Newcastle and Edinburgh.

20mph limits promise to deliver improvements in public health and social activity, and reductions in congestion, pollution and noise, as more people feel safe to walk and cycle for local journeys, commuting or simply for enjoyment. Making streets safer and more pleasant for walking and cycling can also benefit local economies.

Drivers can also help protect people on foot and bike right away, by slowing down to 20mph around homes, schools and shops, even where the limit is still 30mph.

Brake and Mr. Brake are urging members of the public to support the GO 20 campaign and Pledge to GO 20 themselves. Tweet your support: @Brakecharity, hashtag #GO20.