Tom Brake MP has written to Chris Grayling MP, the Secretary of State for Transport, to call for a top-level summit to tackle increased helicopter noise over London. Tom has been a vocal voice on this issue since 2008 when he first raised concerns about rising helicopter noise in his constituency. 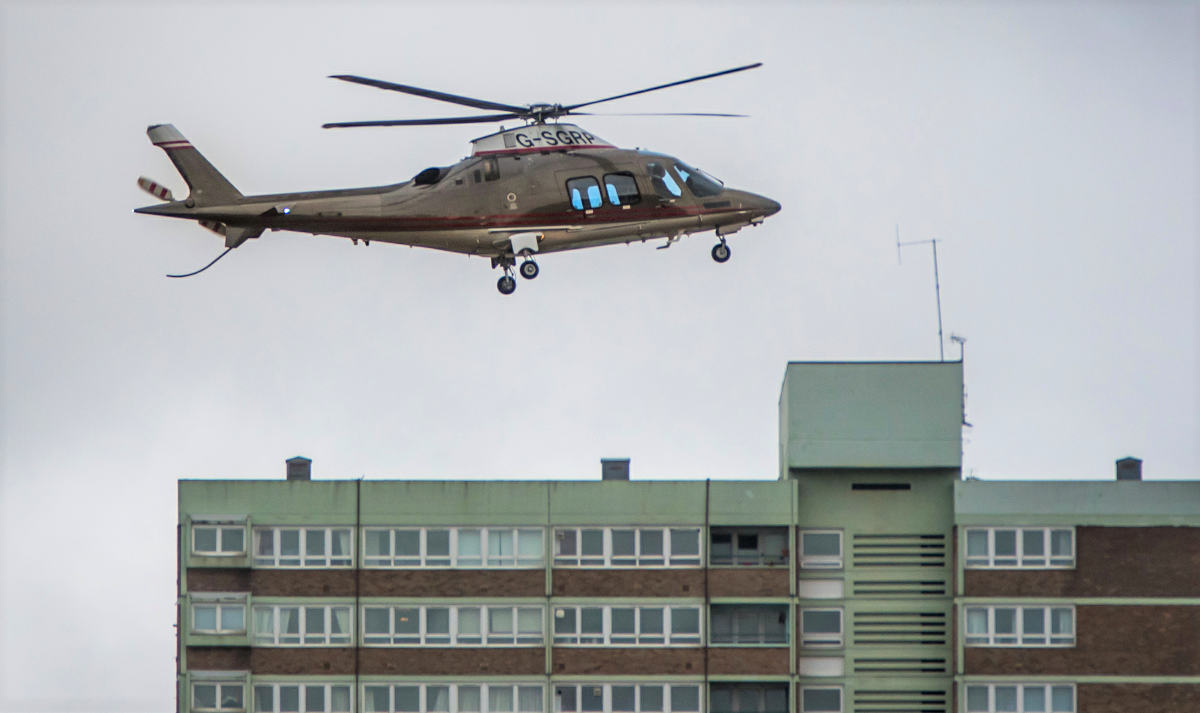 There have already been 16,848 helicopter flights over London and the city control zones as of the end of August 2017, according to reports from UK Civil Aviation Authority. While Tom wholly supports the use of helicopters for essential purposes such as policing and emergency services, he believes there needs to be an increase in the regulation and monitoring surrounding the use of helicopters for private purposes.

Tom has formally submitted suggestions, including limiting the number of flights over London and granting the London Mayor more powers to tackle this issue.

“The negative impact of helicopter noise is something that affects thousands of Londoners, including many in my constituency. Together with Lib Dem London Assembly Member Caroline Pidgeon we intend holding the Government accountable for the complaints we receive from residents.

“We all know Boris Johnson’s credibility is not flying very high, but for all it’s worth he did recognise in his time as Mayor that the Government need to work with the CAA to reassess the current regime of regulating helicopter noise in London.

“It’s clear to me that the London Mayor would be best placed to identify what action needs to be taken to address this problem. That’s why I believe the Government should grant the Mayor additional powers to deal with this issue, including the ability to monitor noise nuisance. Already Mayoral powers have been used to resist the spread of helipads in London – a move that I very much welcome.

“I encourage Mr Grayling to accept to join me at a Helicopter Noise Summit to discuss this issue”.

Tom Brake MP is encouraging residents to fill an ongoing consultation being carried by the Civil Aviation Authority (CAA): https://consultations.caa.co.uk/policy-development/aviation-noise-impacts/

Letter to Chris Grayling MP, Secretary of State for Transport:

Over the past few months and years, I have been receiving many letters and emails from concerned residents in my constituency regarding increasing helicopter noise.

This is an issue of particular significance for London, which experiences by far the highest levels of helicopter traffic in the UK.

As this is an issue I have raised for many years, the three Councillors for Riverside Ward in the London Borough of Southwark Anood Al-Samerai, Hamish McCallum and Eliza Mann wrote to me recently saying that residents in their ward who live near the river have been plagued all summer with noise from tourist helicopter flights.

While helicopters provide many important services, such as air ambulance and assistance to the police, it appears that there has been an increase in the non-essential use of helicopters in recent years. At the same time, there has been no additional regulation to monitor and control these increased flights.

It is a problem that has been ongoing for some time and one that I have persistently sought to address. Back in July 2008, I met with Jim Fitzpatrick, the then Minister for Transport, to discuss the problem of helicopter noise and the recommendations made by the Greater London Authority on the subject. The GLA undertook a review entitled ‘London in a Spin’ in 2006 that looked into the negative effects of helicopter noise. Jim Fitzpatrick told me that following these recommendations, the Department for Environment, Food and Rural Affairs funded a study into the issues and the extent of the reported concern over noise from helicopter operations in the UK which is available on the DEFRA website.

In 2009 I wrote to the Department of Transport asking them to look into introducing new regulations which would require the Civil Aviation Authority (CAA) to take a more proactive role in monitoring aircraft movements and in the complaints procedure, following complaints from constituents about the current procedure. The then Transport Minister Paul Clark told me that although the Aviation Regulation Enforcement Section of the Civil Aviation Authority has responsibility to establish if a helicopter is breaching the Rules of the Air Regulations, he did not think that it is surprising or unreasonable that the CAA will look for individuals to provide as much information as they can about a particular incident.

In 2011 I wrote to Theresa Villiers, Minister of State for Transport, and Andrew Hines, Chief Executive at the Civil Aviation Authority (CAA), to ask them to consider introducing transponders into aircraft, which would make it easier to identify and report aircraft. I also asked them to consider adapting the British Helicopter Association (BHA) guidelines so that they can be enforceable by law. Theresa Villiers explained that the Government is working with helicopter trade associations to minimise noise disturbance and outlined the current regulations that pilots must comply with.

I also made a submission to the Department for Transport consultation on sustainable aviation where I made suggestions on ways to tackle the environmental impact of excessive aircraft noise including, limiting the number of flights over London, encouraging helicopter manufacturers to reduce the level of noise emissions and the introduction of a tax on private helicopter flights to pay for increased regulation of flights and to discourage the use of private helicopter flights.

Together with Caroline Pidgeon, Lib Dem member of the GLA, I have met with the Civil Aviation Authority to discuss the problem of helicopter noise. They explained that the recent Aviation Policy Framework called upon the CAA to collect data on helicopter movements in London.

In 2013, the former Mayor of London, Boris Johnson, recognised that “...the noise generated by helicopters can be a particular problem for some Londoners...” and “...called upon the Government to work with the CAA to reassess the current regime of regulating helicopter noise in London.”

I think the Mayor would be best placed to identify what action needs to be taken to address this problem. Already Mayoral powers have been used to resist the spread of helipads in London – a move that I very much welcome.

I would be grateful if we could meet, along with the three local Councillors and Caroline Pidgeon AM to discuss this issue and what steps your Department is taking to tackle helicopter noise in the capital.