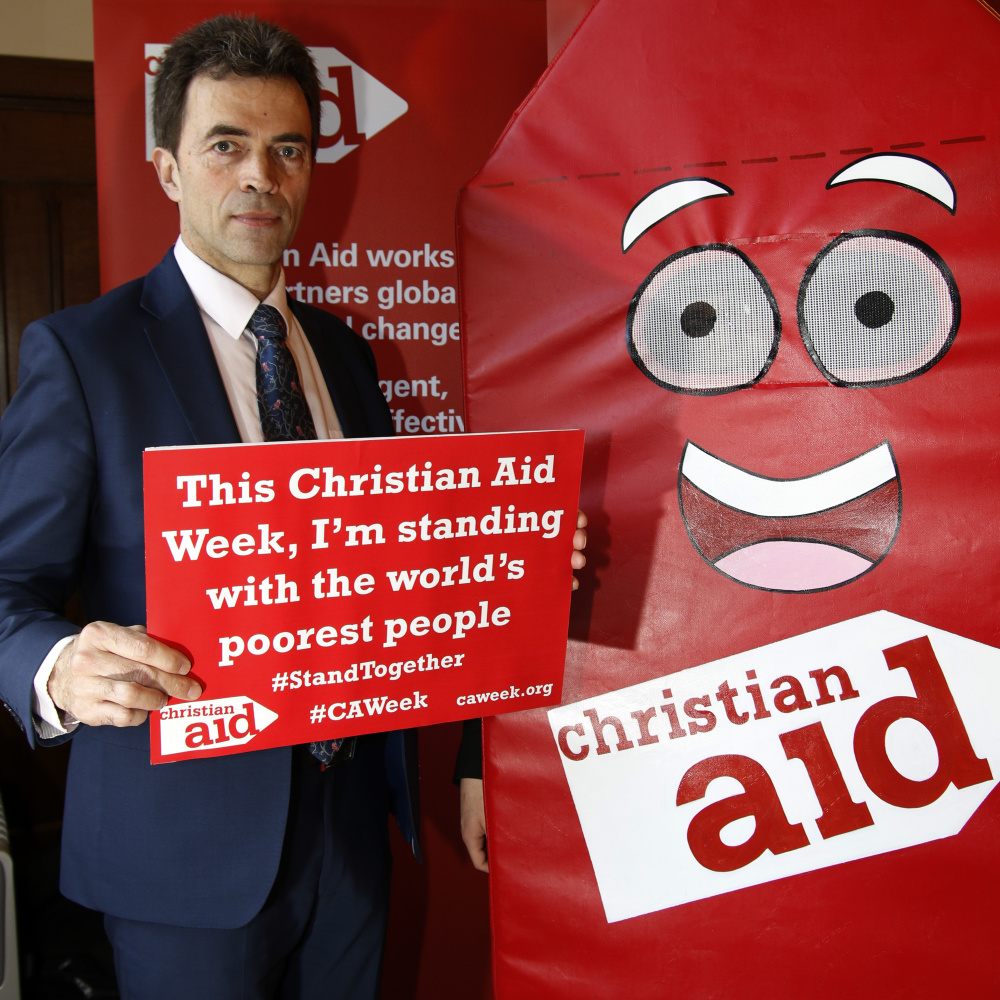 This year Christian Aid Week is encouraging the British public to stand together with the millions of displaced people who have been forced to leave their homes around the world.

Ahead of Christian Aid Week, Tom Brake MP attended the event to find out about activities and events taking place during the charity’s annual fundraising week in Carshalton and Wallington. Last year, an impressive £10,195 was raised.

Tom Brake said: "I was pleased to meet with Christian Aid and to hear about the great work that is being done locally and across the country to help people around the world who have been forced from their homes. For millions of people across the globe, Christian Aid's work provides vital support. I encourage my constituents to get involved in Christian Aid Week events in Carshalton and Wallington where they can."

Today, more than 40 million people are internally displaced by conflict, accounting for approximately two thirds of those who find themselves forced from their homes.  A further 24 million were displaced by disasters in 2016 alone. Yet, because they haven’t crossed a border, the general public rarely hear about them.

Despite the huge number of people affected, situations of internal displacement receive almost no political attention, funding or support.

Christian Aid works with local partner organisations around the world to help internally displaced people. This includes working with partners in Haiti, where thousands of people, such as Vilia, have been displaced by natural disasters in recent years.

Vilia was left homeless by the earthquake in 2010 and her mother was killed.  Bereaved and homeless, for Vilia, her husband and their seven children, life became a struggle.  They didn’t even have a safe place to sleep.

Christian Aid’s local partner, KORAL, helps local people prepare for disasters.  In the aftermath of the earthquake, it reached out to Vilia and built her and her family a new home, that was safe, stable and strong enough to stand up to natural disasters.

Ahead of Hurricane Matthew, KORAL was able to warn local communities, helping to evacuate around 5,000 families and saving many lives. In the immediate aftermath Christian Aid and KORAL distributed urgently-needed shelter materials, hygiene products such as soap, food seeds and cash, so people could buy other items that they really needed. Disaster-resistant homes were built, giving people safe, secure places to live. Of the dozens built before the hurricane hit, only one lost its roof in the disaster, and Vilia’s home was able to shelter 54 people over several days following the hurricane.

Simon Kirkland, Christian Aid's UK Parliamentary and Political Adviser, said: "We are very grateful for Tom Brake’s support for Christian Aid's important fundraising events in Carshalton and Wallington. Everyone can do something to help this Christian Aid Week, whether it's attending a local event, giving money or praying for the world's many displaced people at this difficult time. Thank you to everyone who is able to take part in this year's Christian Aid Week."