Tom Brake MP has great chemistry with scientists in Parliament

Carshalton and Wallington MP Tom Brake met the first scientist ever to be allowed to carry out explosive chemistry experiments in the House of Commons at an event held by the Royal Society of Chemistry on Wednesday 30th April 2014. 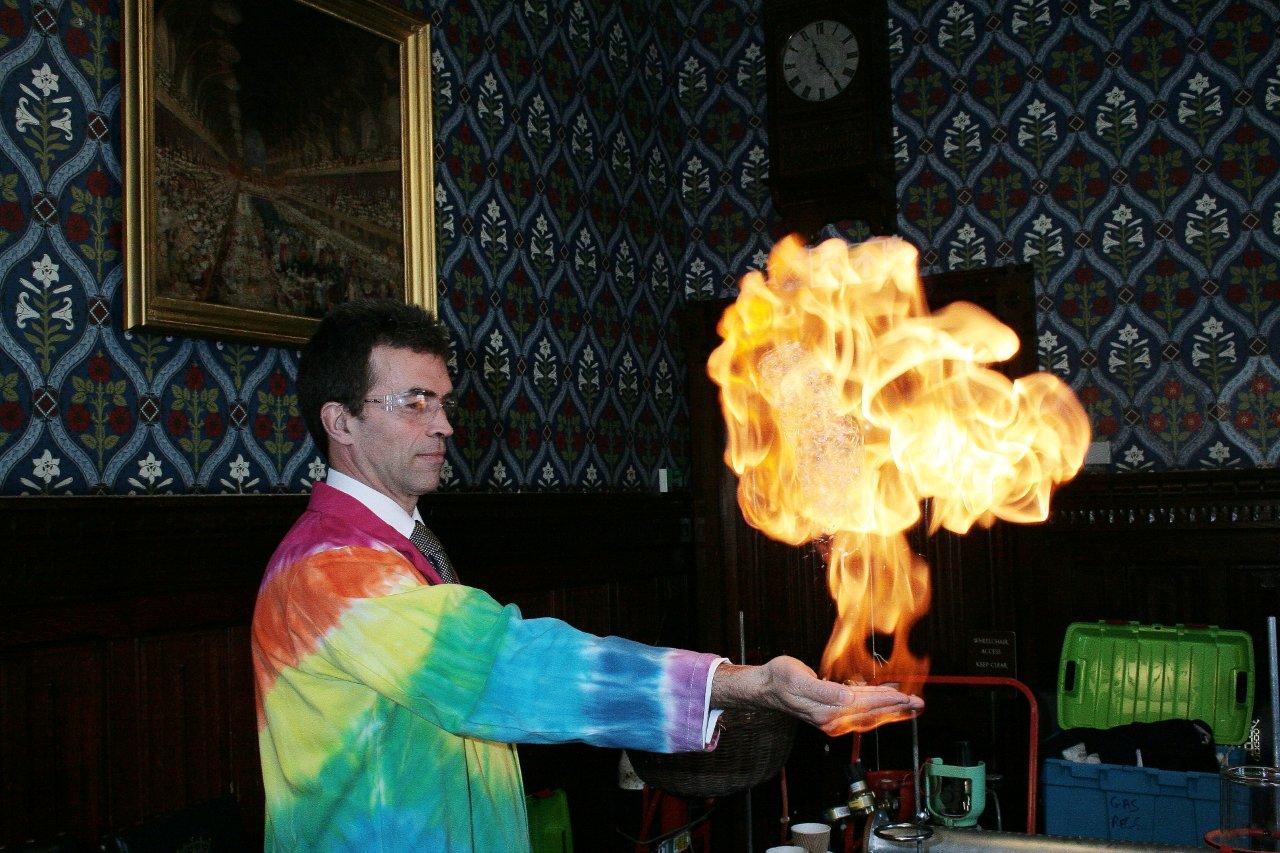 The event was to discuss the importance of scientific research to the UK economy and Carshalton and Wallington, it also gave Mr. Brake the chance to take part in some loud and colourful chemistry experiments performed by Dr Hal Sosabowski from the University of Brighton.

Tom witnessed the whizzes and bangs of chemistry first-hand as Dr Sosabowski showed off the science behind glow sticks, a liquid nitrogen shower and a flaming methane mamba of soap bubbles. But behind the vibrant chemicals and exciting explosions the event was an opportunity to discuss the need for a long-term strategy for UK science funding to drive economic growth and create jobs.

Tom said: “It’s not often you get to see explosions in Parliament! As well as having a fun element, science plays a huge role in maintaining a strong and growing economy.”

“It would be great to see the scientists showing off their colourful and explosive chemistry in a few of our local schools.”

The Royal Society of Chemistry’s President, Professor Lesley Yellowlees, said: “Britain is a world leader in science. The chemical sector alone sustains 500,000 jobs across the country. But over the last decades public investment in scientific research has fallen behind our international competitors. We want to set Britain back on the path to science-fuelled growth.”