Tom Brake, MP for Carshalton and Wallington, has teamed up with local residents to halt the Co-Operative group plans to close the Post Office in their Mollinson Drive branch. Tom joined local Lib Dem Councillor Ed Joyce and Councillor Manuel Abellan to show their support for the Post Office to remain open. 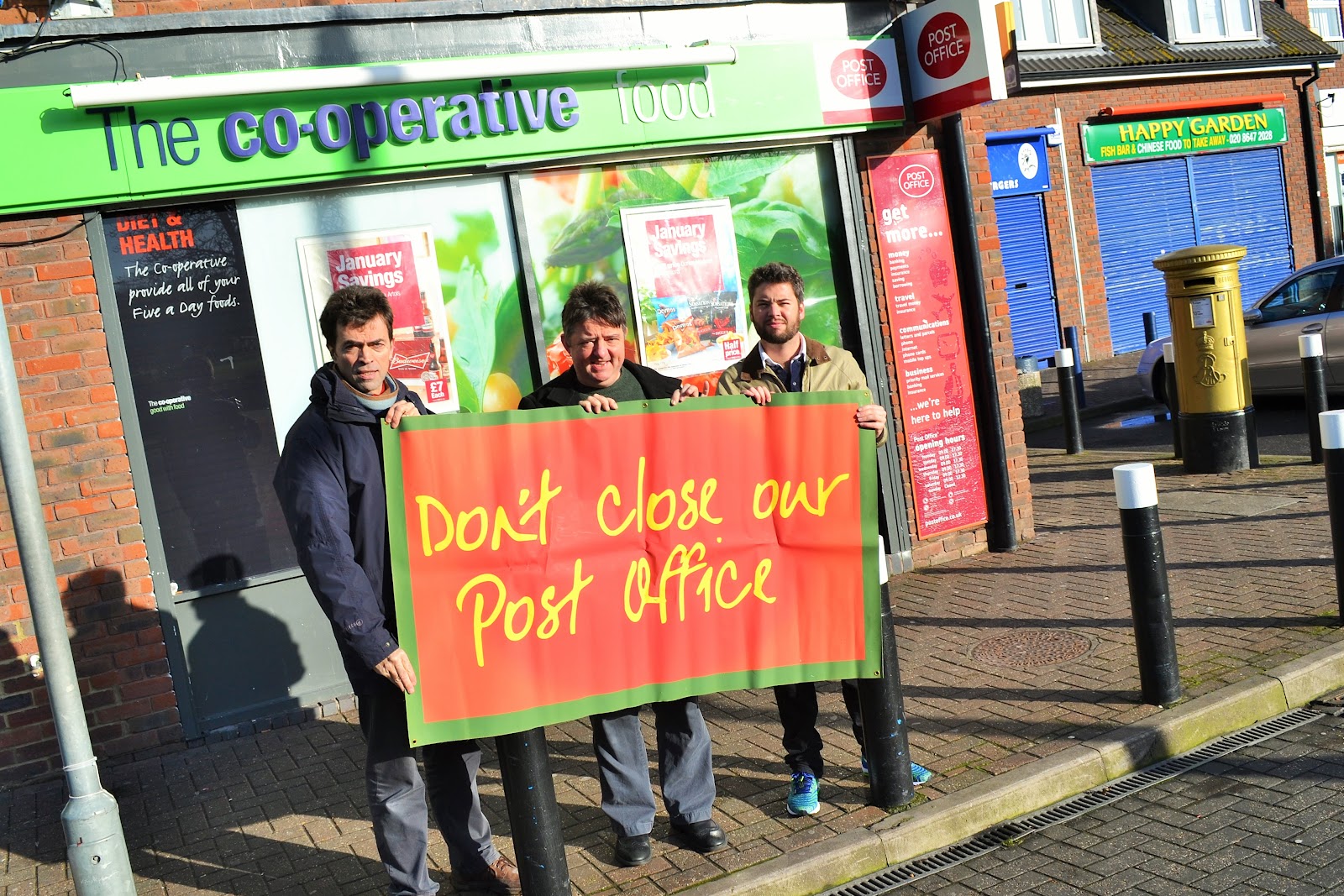 The Mollinson Drive branch is one of very few open Post Offices in that part of Wallington. A substantial number of residents in the community are reliant on the branch for its many services and some would find it immensely difficult to travel further afield. Previous closures of Post Offices when Labour were in government have made the vital services they provide increasingly scarce in recent times.

Posting on his Twitter, Mr Brake wrote: “The CO-OP prides itself on local convenience, it won’t be convenient if they close the Post Office in Mollinson Drive”