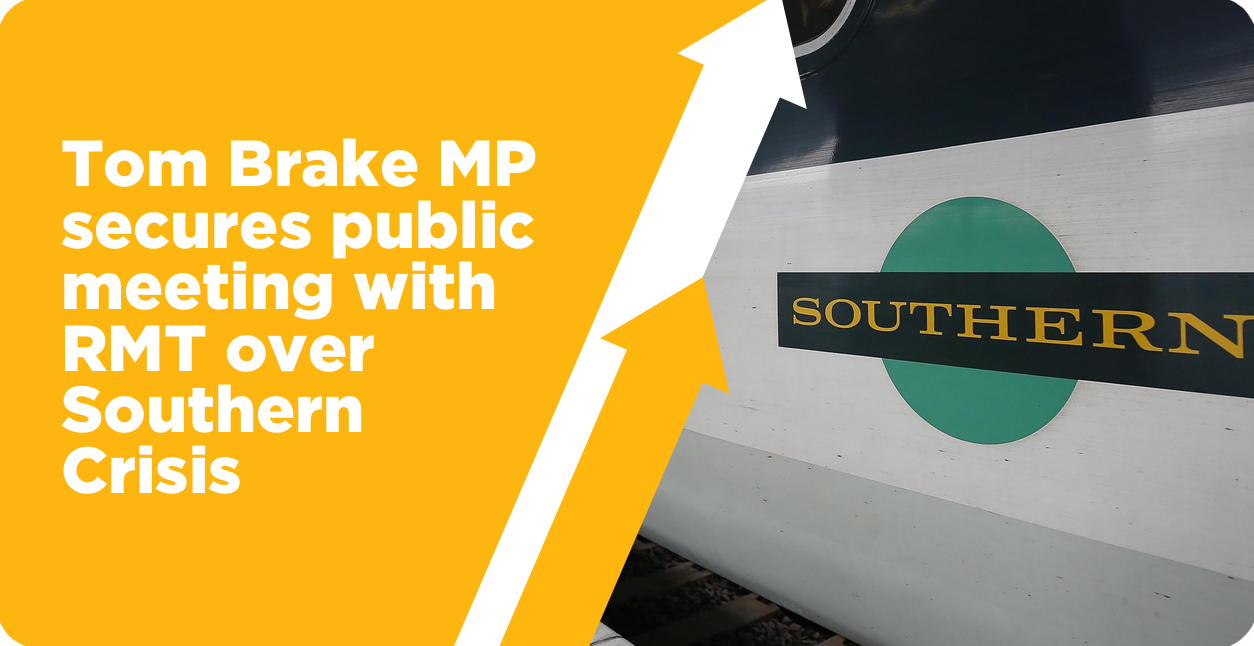 Following the announcement that ASLEF had suspended their latest round of industrial action, Tom Brake MP has called on both sides to work together to end the misery that passengers have endured for far too long and invited Mick Cash and Mick Whelan, Secretary Generals of the RMT and ASLEF to join him in a public meeting in Carshalton and Wallington.

The RMT and Southern's parent company Govia Thameslink Railway (GTR)  are still in a deadlock to settle the long-standing dispute over the role of conductors on Southern trains. The planned changes to conductors' job roles came into force on August 21.

‘‘Last Summer I organised a public meeting where over 100 local residents were able to hear from Southern, Thameslink and Govia and ask their representatives questions about the ongoing train delays and cancellations, as well as the changes over the role of conductors.

Six months on and there is no end in sight to the conflict. Just like the train operators, I believe that it’s important that the unions get to hear first hand how much distress and chaos these strikes are causing.

I also want to give them a chance to explain their position and take questions from local residents. I hope that the unions will accept my invitation and I look forward to welcoming them in our area.’’