Tom Brake MP was honoured to be one of the speakers at the Centre for Turkish Studies (CEFTUS) 4th Anniversary Gala at the London Marriott Grosvenor Hotel, last Wednesday in front of 600 distinguished guests coming from both the UK and Turkey, as well as a large spectrum of politicians from all the parties.

The Gala celebrated the success so far of CEFTUS’ work and aimed to raise funds for future projects. Since 2011, the organisation has been able to create opportunities for a vibrant analysis and discussion of Turkish issues.

Guests from the parliaments of the UK and Turkey, London councillors, academics, journalists, businesspeople and representatives of the community, all gathered to talk about CEFTUS’ role in strengthening the significant political relationship between the Britain and Turkey.

“It was an honour to speak on behalf of the Liberal Democrats to guests ranging from the Director of CEFTUS, Ibrahim Dogus, to members of the UK and Turkish parliaments. Our relationship with Turkey is clearly an important one, not just because of their contribution to the UK’s culture and economy, but also because Turkey serves as a historic bridge between Europe and the Middle East. Our relationship with Turkey is especially crucial now as they have taken in more than 2 million refugees from the Syrian conflict. They are setting Europe a real humanitarian example. ”

For other parliamentarians’ support messages, award winners, and information on the event, visit www.ceftus.org. 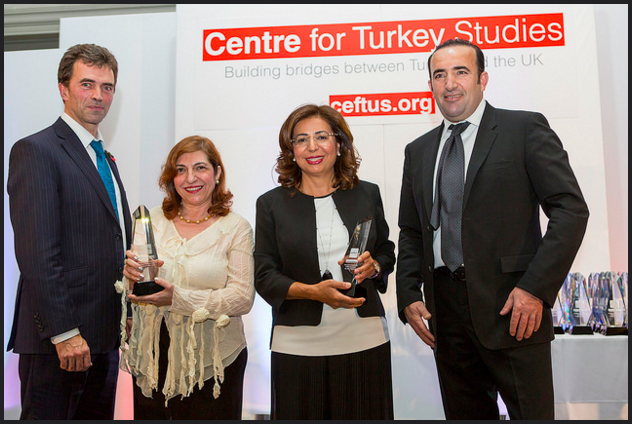