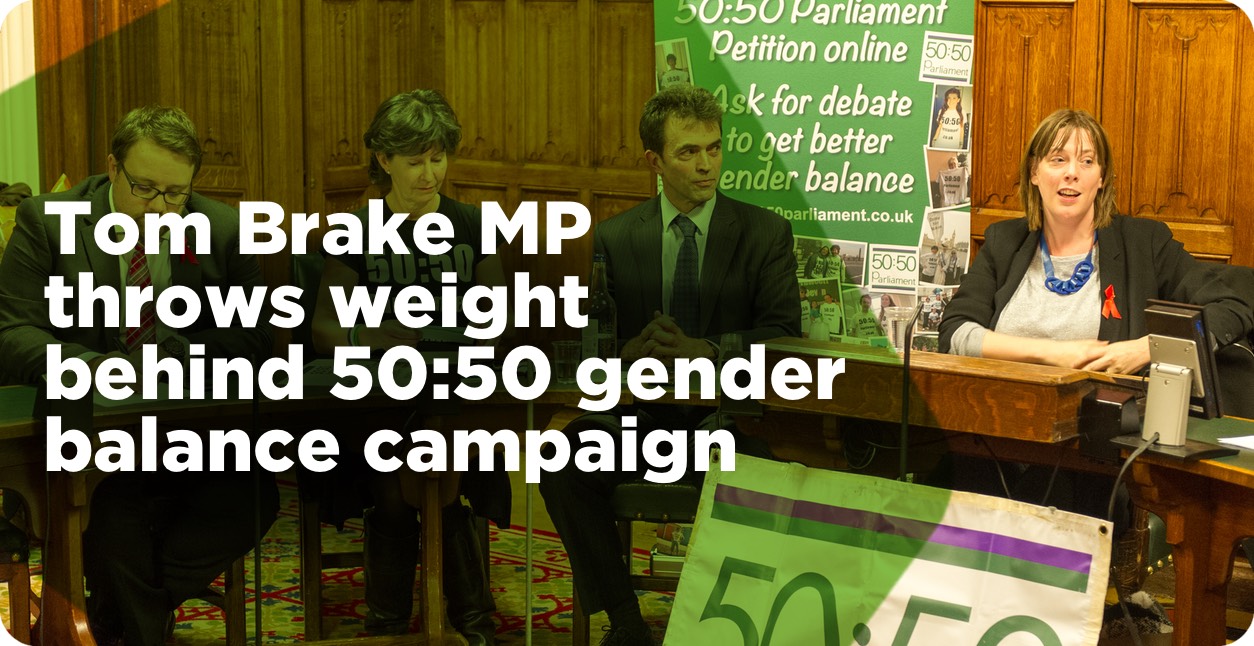 50:50 Parliament want to encourage talented and inspirational women to stand as Parliamentary candidates, and have produced a series of resources to support those interested in standing.

On 1 Dec 1919 Nancy Astor was the first woman to ever take a seat in Parliament.

When asked why she wanted to be an MP she said:

” I wanted the world to get better and I knew that it couldn’t get better if it was going to be ruled by men...alone"

Since Nancy Astor took her seat only 452 women MPs have taken seats in the Commons compared to 6005 men. Men still outnumber women by more than 2:1 in the House of Commons and 3:1 in the Lords.

"Women are brilliant and men are brilliant. We want the best of both running the country and planning the future of society, together, in similar numbers. 50:50 want Parliament to draw upon the widest possible pool of talent and experience, that is why we are launching #AskHerToStand."

"Look at politics these days and you can see that anyone with a conviction can succeed - but what we need is politicians who can bring people together and that’s what women do best. It was fantastic to have such a fabulous cross-party panel of men and women Parliamentarians at our launch event, working together"

"Our politics should reflect the society we live in. Just this week I welcomed the fantastic Sarah Olney to Parliament, finally reintroducing a crucial female voice to our Parliamentary Team. But we can and must do more as as a party and a parliament.

The more we in parliament look like the country we represent, the closer people will feel to politics. That means more women, more ethnic minorities, more disabled and more LGBT+ MPs. This campaign from 50:50 Parliament is a crucial step in breaking down some of the barriers to entry which prevent brilliant women from standing to become representatives. "

To find resources on how to stand for parliament at