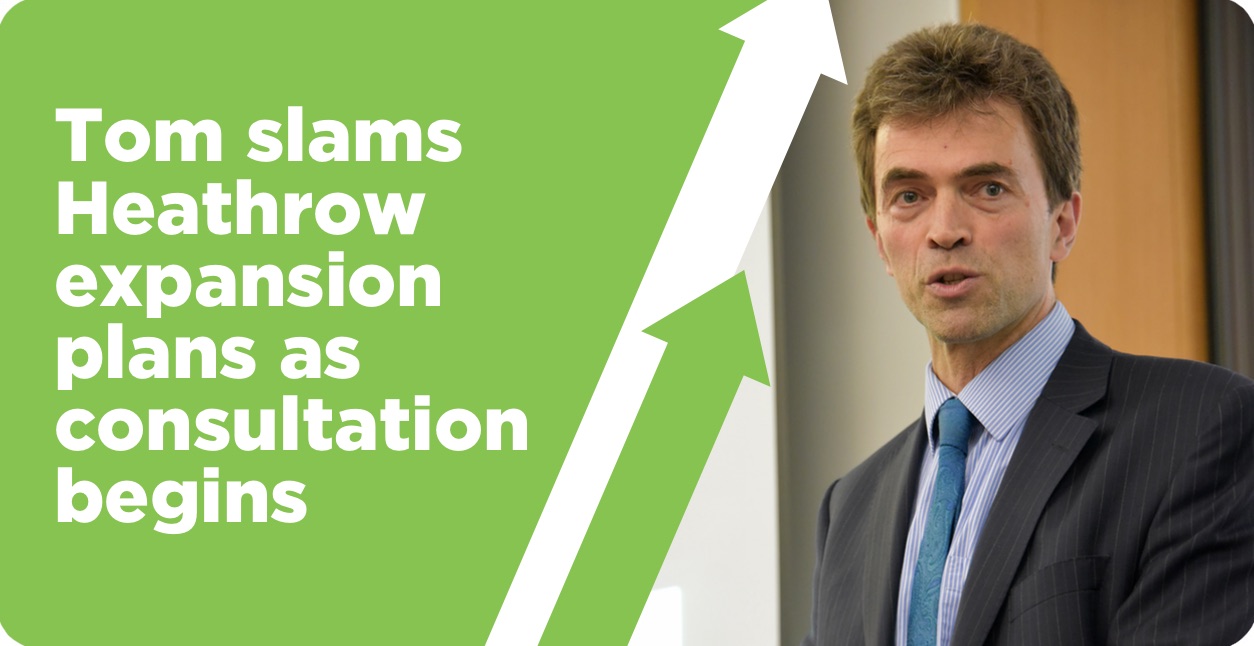 Tom Brake, MP for Carshalton and Wallington, has condemned the government’s plans for a third runway at Heathrow as the public consultation begins. Mr Brake also vowed to keep up the fight on behalf of residents against the controversial Conservative policy.

Transport Secretary Chris Grayling is pressing on with the expansion despite overwhelming opposition, with grave concerns about the environmental damage, noise and air pollution and disruption to many thousands of local residents.

For many years, the Liberal Democrats have consistently opposed a third runway at Heathrow, and blocked plans for expansion in the coalition government. They have called instead for investment in airports outside London and the South East, and in help the struggling rail network.

“With the public consultation underway, it will soon be made very clear to the Government that they are going against the will of Londoners, who categorically do not want a third runway at Heathrow.

The plans will inflict crippling noise, significant climate change effects, health-damaging air pollution and catastrophic congestion on a million residents. Yet Mr Grayling continues to bury his head in the sand and ignore these serious concerns.

The Government pluck jobs figures out of the air and claim they are ‘open for business’, but this expansion won’t make up for the jobs lost by hard Brexit. By leaving the Single Market, we are heading for a crash landing, and another runway will be little compensation.

We will continue to fight for Londoners against the third runway, and make the case for alternative solutions.”