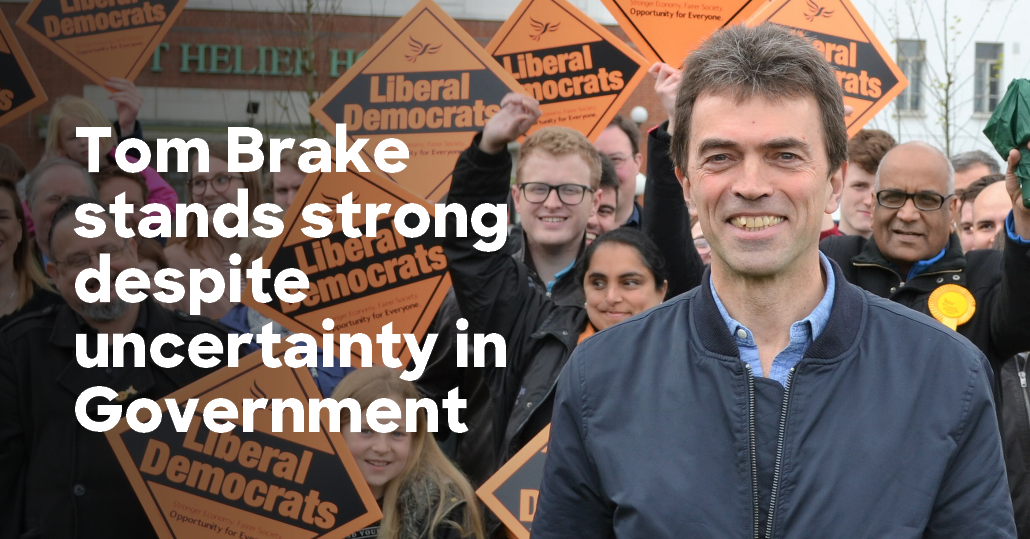 Many believe the Government Theresa May hopes to form with the DUP is putting the future of the country at risk.

With Brexit negotiations rapidly approaching, the delay of the Queen’s Speech, and the DUP’s concerning views on social issues such as abortion, same-sex marriage and climate change have left the government destabilised and divided.

Despite all of this uncertainty, Tom Brake stands firm in fighting for the residents of Carshalton and Wallington.

“Theresa May and the Conservative party called this election, expecting a sweeping victory, but they took voters for granted and now the entire country is paying the price.

As your MP, I will hold the Government to account and stand up for our area in Parliament.

Protecting St Helier Hospital and securing the investment it needs remains my top priority. I will continue to stand up for our schools, police and local NHS against Conservative cuts. I will continue to fight for better public transport and for Southern Rail bosses to be sacked. And I will remain as open and accessible an MP as possible, here to help with any issues you may have.”