Local MP Tom Brake got an icy drenching when he took the Ice Bucket Challenge live on TV in front of the House of Commons. 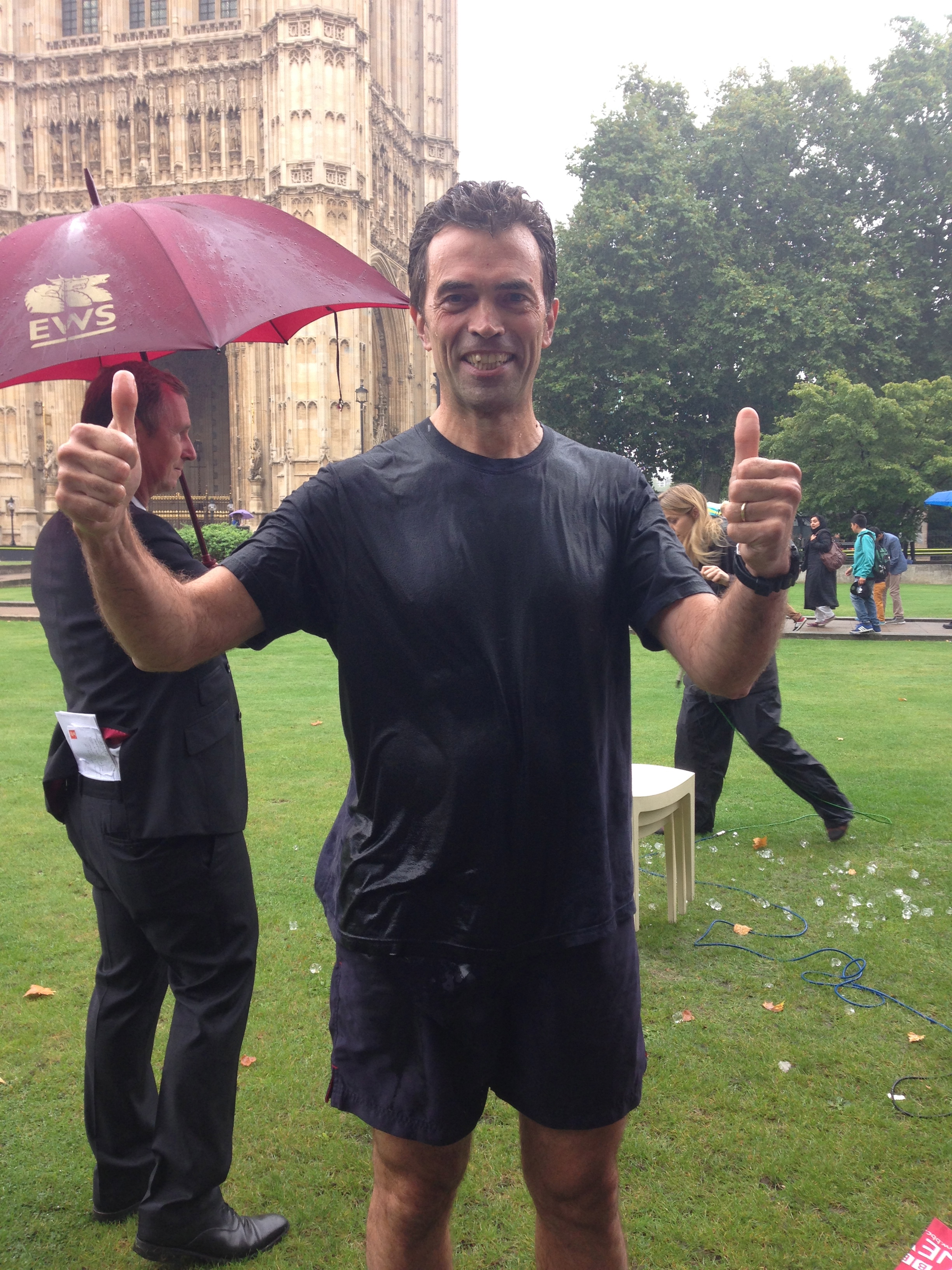 The charity-fundraising MP dumped a bucket of icy water on his head during a live broadcast of the Daily Politics programme on BBC2 and pledged to make a donation to the Motor Neurone Disease Association (MNDA) and the Riverside Animal Centre in Beddington.

Tom said, ‘I’m not usually one to avoid a challenge but I was a little hesitant at first, but after being nominated to take the challenge by my daughter, there was no way I could back out. It was great that I could promote the good work of the Riverside Animal Charity at the same time.’

In November Tom Brake will be undertaking the grueling Wildman run to raise funds for the Riverside Animal Centre. You can find out more at https://www.justgiving.com/Tom-Brake-MP/