Tom Brake, MP for Carshalton and Wallington, voiced rail passengers’ anger straight to the Transport Minister during a debate in the House of Commons on Tuesday. 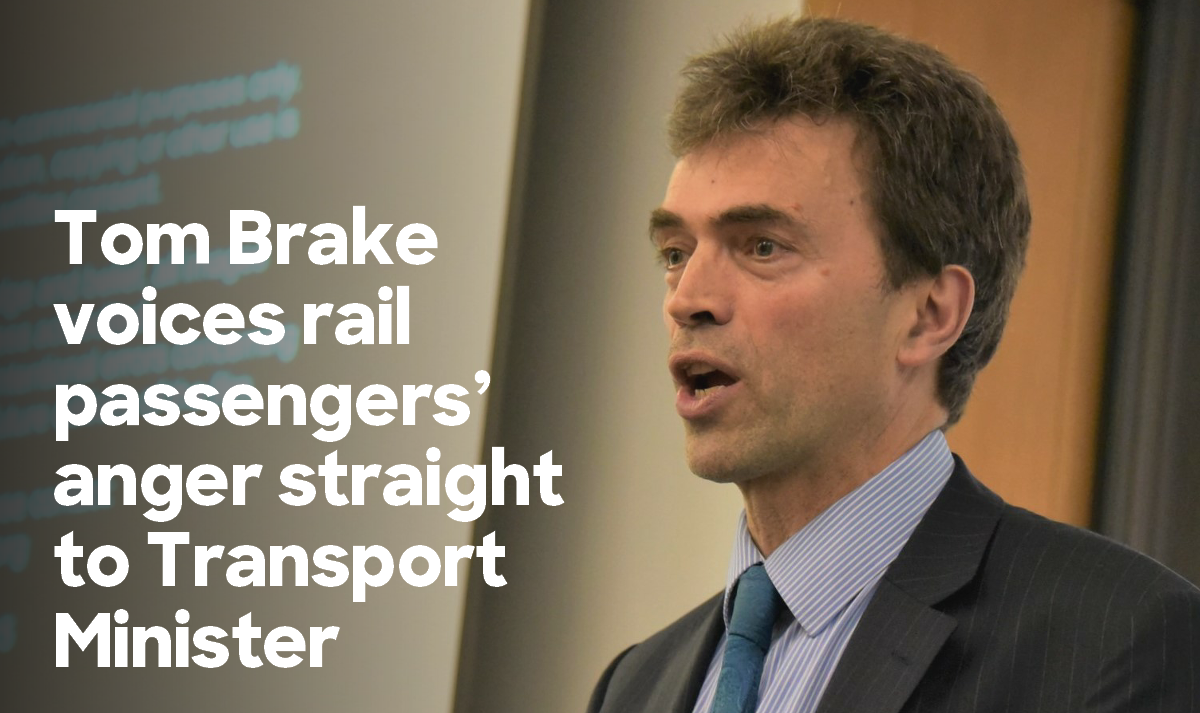 The debate took place in response to the publication of the Chris Gibb Report: Improvements to Southern Rail. The debate centered around changes designed to improve the performance of the Southern network and train services, and restore passenger confidence.

Before the debate Tom Brake asked local residents for comments about their recent experiences on Southern Rail. In 24 hours over 100 constituents responded to Tom leaving comments and mortifying stories about a shambolic Southern rail service.

In the debate Tom said:

“This is a case of “a plague on all their houses”— Southern, Network Rail, the unions, and indeed, I am afraid, Ministers, have all failed passengers”

“No one should have to struggle so much to get to work, run an errand or pick their child up from school. The stories I have heard over the past 24 hours are the same stories I have been hearing for at least two years. Southern Rail charge extortionate fares and yet provide the worst service in the country.

An emergency situation requires immediate action. We need short term mandatory mediation to end the union dispute and an emergency takeover of Southern with the end objective of devolving the running of suburban rail services to TfL. TfL have a proven record of running services in the capital and of turning around failing rail lines.”

For more information on the Lib Dem proposals click here:

Examples of passengers’ experiences included; not being able to pick up children from school due to Southern Rail cancellations; frustration with the fact that Southern’s delays and cancellations affect other lines and create more overcrowding; descriptions of fellow passengers becoming sick or even having panic attacks due to extreme overcrowding on trains; being eight months pregnant and unable to stand on crowded Southern trains and being forced to wait on the platform for uncomfortable hours, wondering when or not she would be able to get home.