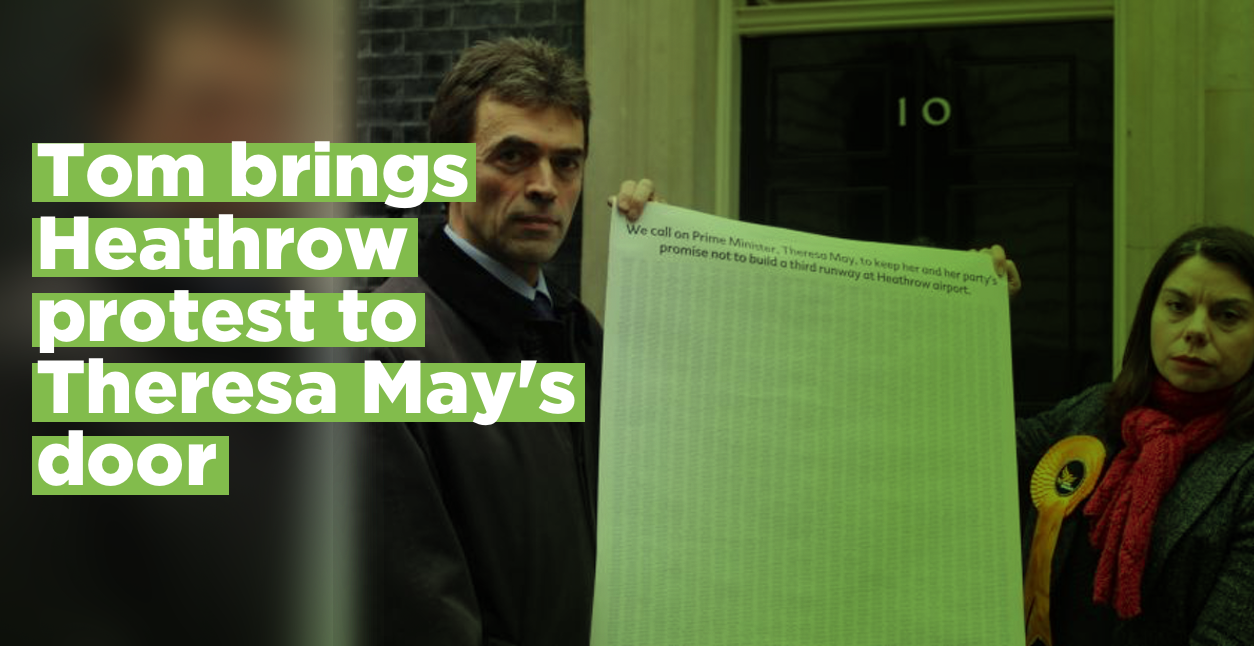 Tom Brake MP and other senior Liberal Democrats took the fight against Heathrow expansion directly to Prime Minister Theresa May on Monday, with a demonstration and petition of over 3500 Richmond Park and North Kingston residents presented to Downing Street.

Senior Liberal Democrat figures including Vince Cable, Ed Davey, Dick Newby and Kate Parminter rallied with by-election candidate Sarah Olney before she presented the petition to Downing Street with Tom Brake MP and Baroness Kramer (an ex-MP for Richmond) in a direct challenge to the government over their decision to give the go-ahead to a third runway at Heathrow.

Tom Brake, MP for Carshalton and Wallington, and the Liberal Democrats have consistently opposed a third runway at Heathrow, even blocking the policy when they were in coalition government, over concerns over environmental damage and noise pollution. Instead, they have championed investment in airports outside London and the South East, as well as the rail network, as a solution to the UK’s growing transport needs.

“We’ve been opposing Heathrow expansion in this part of London for many decades. We will not give up the fight.  Residents are fearful about pollution, noise and congestion resulting from these Conservative plans.”

“In presenting this petition, Sarah and the Liberal Democrats are standing up for residents in Richmond Park and North Kingston who have long been opposed, as we have, to a third runway at Heathrow. The Government seem hell-bent on ignoring residents’ wishes, environmental concerns and other viable solutions.

The voices of these thousands of residents will not go unheard and Sarah Olney and the Liberal Democrats will continue to make the case for alternative solutions.” 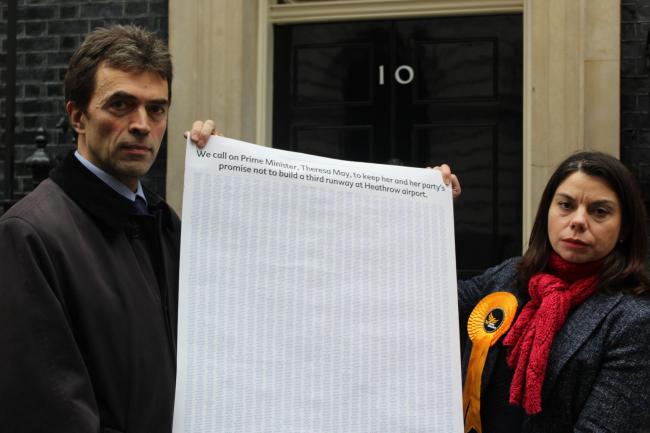