Tom protests against Heathrow expansion outside No10 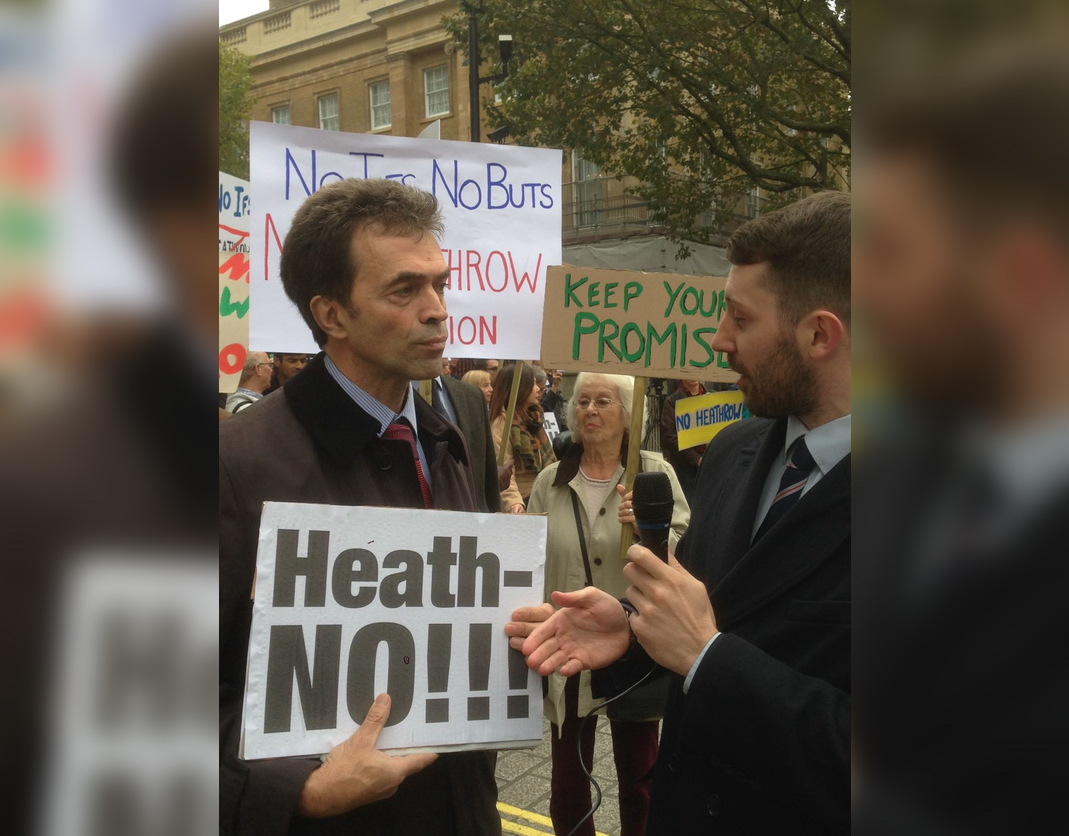 Following the leaked announcement on Tuesday morning that the third runway at Heathrow was to go ahead, Carshalton and Wallington MP Tom Brake joined other senior Liberal Democrats outside Downing Street to protest the decision to expand London Heathrow Airport.

The decision came after months of dithering and has disappointed local campaigners and residents who have long opposed the development. The Liberal Democrats have consistently opposed a third runway at Heathrow, due to concerns about poor air quality in the surrounding area as well as noise pollution.

Speaking after the protest Tom said:

“It is clear that the decision to expand Heathrow is bad for residents and bad for the environment. We have long pointed out concerns with increased traffic congestion, health-damaging air quality and noise pollution. These issues have simply not been addressed by the Government who seem determined to implement blindly the Davies Report conclusions.

At a time when we should be investing in our transport hubs across the country, the Government have again neglected other areas of the UK. The Liberal Democrats would support expansion at Birmingham and Manchester airports, alongside significant improvements to our cross-country rail networks. I hope the government will again take stock and look at the alternatives to this damaging expansion.”
Liberal Democrat London Assembly Member Caroline Pidgeon said:
"After an incredibly expensive lobbying campaign the Government has ‎foolishly accepted the myth that what is good for the overseas owners of Heathrow is also good the UK economy.

"The reality is that airports such as Luton and Stansted have spare capacity.   And in time HS2 will also allow easy access ‎to Birmingham airport for many Londoners.

"We can improve the UK's international links through better use of all our airports.    It is the triumph of vested interests for this Government to claim that the environmental wreckage created by a third Heathrow runway‎ is a price worth paying."

The protest was held to call on the Conservative government to stick to its "no ifs, no buts, no third runway" pledge to oppose a third runway at Heathrow. Tom was joined by Caroline Pidgeon, Liberal Democrat Assembly Member, Baroness Jenny Randerson, Liberal Democrat Transport Spokesperson and other senior Lib Dems.
Planes already fly over Richmond every 90 seconds; this could soon become the fate of areas like Twickenham if a third runway was built to the south west of the airport. Heathrow already breaches legal limits on air quality.