Last night that Sky news invited Jo Swinson to an election debate alongside Johnson and Corbyn. 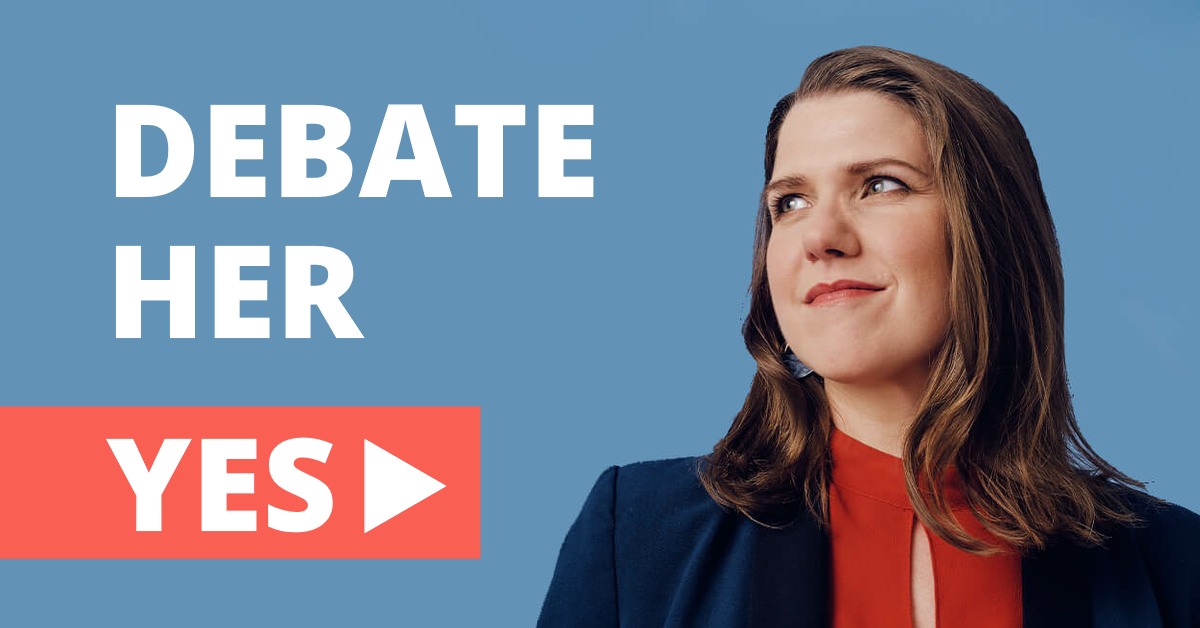 ‘‘Boris Johnson and Jeremy Corbyn are obviously running scared so this is a huge win and means Jo will get to put our positive plan for Britain’s future to voters directly."

Commenting on the decision to exclude Jo Swinson from the ITV debate Tom Brake said:

"The exclusion of Jo Swinson and the Liberal Democrats from the ITV debate fails to represent the state of politics in 2019 and the general election isn’t a coin toss between the Conservatives and Labour. British democracy can’t be boiled down to the narrow position of two-party politics. This is a stitch-up by Labour and the Conservatives who are shutting out the woman leader of the strongest party of remain. It's unacceptable, and we want to see it changed.’’

Over 37,000 people have signed the #DebateHer petition over the last few days alone.