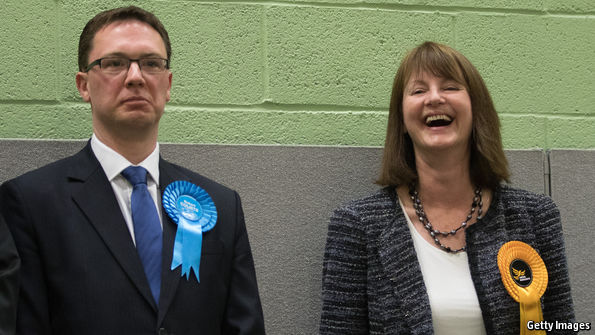 The Liberal Democrats this week pulled of a startling resurgence in the rural constituency of WItney, coming from fourth place to bite at the Conservative Party’s heels in second place, cutting the Tory party’s vote share from 60% in 2015 to 45%. This represented the biggest swing from the Tories to the Lib Dems in over 20 years.

The by-election came as a result of former Prime Minister David Cameron resigning his seat, citing an unwillingness to be a ‘distraction’ for the new, Theresa May-led government. And with the Conservatives appointing a Brexit supporter as the candidate for Witney, a remain-voting constituency, the Liberal Democrats saw a great opportunity to make progress.

The party poured activists into the seat, with some weekends seeing as many as 1,000 volunteers through the party HQ doors, while party leader Tim Farron himself visited the constituency five times to assist with knocking on doors and delivering literature. The candidate, local businesswoman Liz Leffman, proved popular with local residents and her message of a stronger NHS and an outward-looking Britain with a strong relationship with the EU rang true with many voters.

“We started here in fourth place but have blown Labour and UKIP out of the water. Voters rejected Labour because it has no economic credibility and is unfit for government.

This was the tenth safest Tory seat in the country with a massive 25,000 majority, yet the Conservatives were seriously rattled. They are riding high in the polls, but my sense is that has largely been because people did not feel there was a credible opposition. Witney proves there is now a credible opposition, and that opposition is the Liberal Democrats.”

“I want to extend the warmest congratulations to Liz and the entire team at Witney on the hard work and tireless effort they put in over the past month or so.

This is an excellent result for the Liberal Democrats in a seat which is not our natural territory and proves you can never count our party out. From my own visit to Witney, it was clear that Liz’s message was resonating with voters, and I am pleased to see the her efforts and that of a small army of volunteers has been worth it. The Lib Dems are truly back and we plan to keep taking the fight to the Conservative Government with every chance we get.”