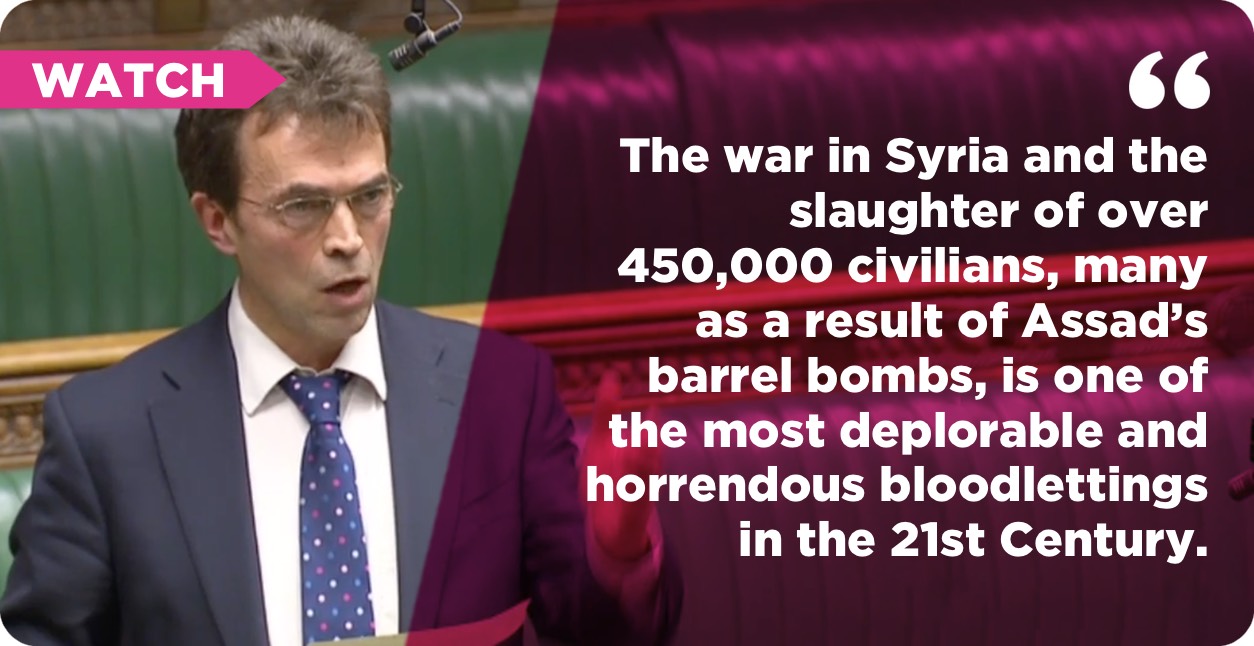 Watch Tom''s urgent intervention on the Emergency Debate on International action to protect civilians in Aleppo and Syria, commenting on the humanitarian crisis.

"While Assad has brutally torn Syria apart, the UK government has failed to provide even a minimum protection to the civilians stuck there, nor those who have fled.

“In the beginning, we claimed to stand by the rebels, but did only the minimum to back that up. When Russia joined Assad and stepped up the brutal assault of civilians, we failed to establish a no fly zone and our government have done nothing to deliver vitally needed humanitarian aid to those in the most danger.

"Britain has failed to stand by a vision of an open, tolerant Syria. But, working with our allies, we can try and redeem ourselves now.

"We can give urgent help to those fleeing Aleppo, and those left behind. We can give sanctuary to more refugees. We can properly invest in reconstruction. We can use our place on the world stage to demand a transition away from Assad in Syria.

"We cannot allow our government to turn its back on the world. The UK has a positive, liberalising role to play on the world stage, in Syria and beyond."