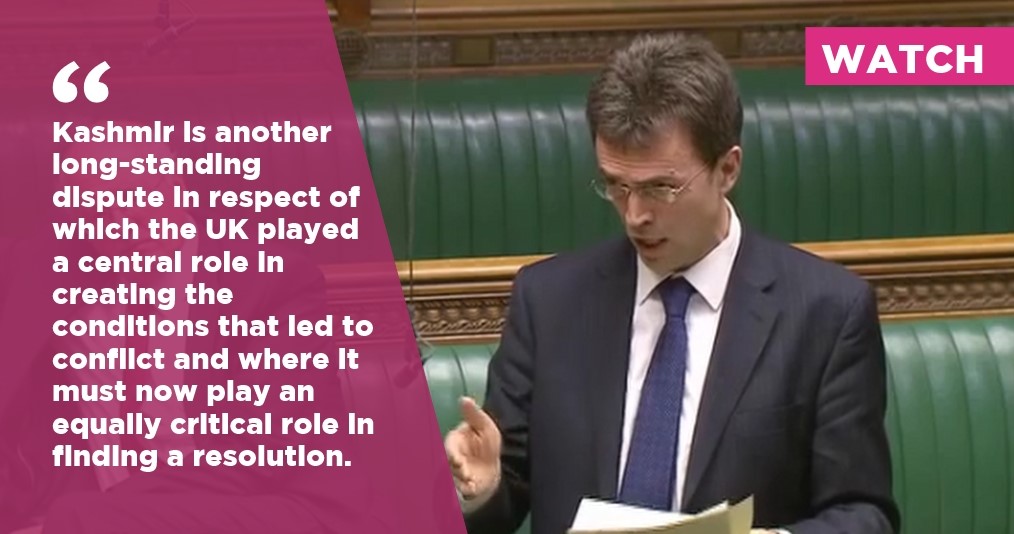 “Does the Minister accept that this is an international conflict that requires the international community, and in particular the United Kingdom, to assist in its resolution? Does he support the idea of an international investigation into the human rights abuses committed by the Indian army or any other alleged perpetrators? Does he accept that as long as the Indian army presence remains at its current scale throughout towns in Kashmir, such allegations will continue to surface regularly? Do the UK Government challenge the Indian Government on the immunity granted to its army? Do the UK Government challenge the use of the pellets many Members have referred to? Do the UK Government regularly raise the issue of human rights in Kashmir? In the House of Lords on 12 December, my noble Friend Lord Hussain asked whether the Prime Minister had specifically raised the issue of human rights abuses in Kashmir in her discussions with Prime Minister Modi, but he did not receive an answer. Finally, what exactly is the role of China? We have not heard much about China, but it is clearly one of the occupying powers, albeit in perhaps the more sparsely populated areas. What is China’s role in this conflict?

“Simon Danczuk suggested that Chris Leslie had made a solution-focused speech. I, too, want to put to the Minister a possible way forward: the opening of the line of control, so that family and cultural ties can be re-established; the formation of a Kashmir forum to negotiate what powers can be ceded by India and Pakistan to an autonomous elected authority; the retention of Indian and Pakistani bases; and, some years after that, a treaty to guarantee everything from water to power provision for India and Pakistan, as well as the strategic regional defence needs of the two countries. That might be a way forward. I hope that the Minister will set out the Government’s precise approach.

“As others have stated, Kashmir is just another long-standing dispute in respect of which the UK played a central role in creating the conditions that led to conflict and where it must now play an equally critical role in finding a resolution. We must now hear from him how he sees our role developing, what our role in the peace process will be and how peace in Kashmir will be secured.”