We must never forget the sacrifice of our fallen soldiers - Brake

Tom Brake MP commemorated the soldiers who lost their lives in the four years of war leading up to the Armistice in November of 1918 and subsequent conflicts by attending memorials in Wallington on Saturday and Sutton on Sunday. 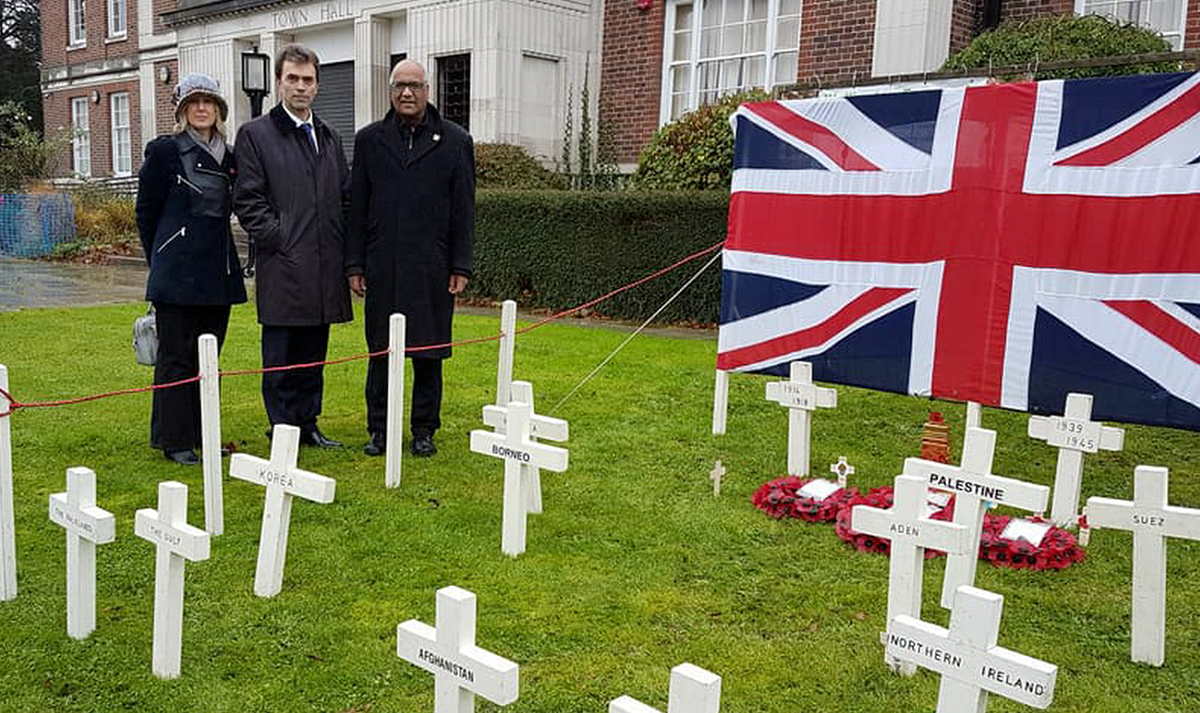 Tom Brake participated in the Mayoral Party Procession on Sunday at the Manor Park War Memorial in Sutton, where he laid down a wreath in the Civil Act of Remembrance Ceremony.

As part of the commemorations, Sutton Council is participating in a Royal British Legion initiative to honour fallen soldiers. Local Councillors have funded around 50 near life-size silhouettes of First World War ‘Tommy’ Silent Soldiers that are currently on display across Sutton.

“We must never forget the sacrifices of those who made our current freedoms possible.

"The display of 50 ‘Tommy’ Silent Soldiers silhouettes is a very touching way for our community to remember and pay tribute to our fallen soldiers.’’