Liberal Democrats believe that tackling wildlife crime is an important issue and we support the crucial work of law enforcement agencies working through the Partnership for Action Against Wildlife Crime.

Where wildlife crime is deemed sufficiently serious, organised or complex, the new National Crime Agency will ensure that partners across the law enforcement community will benefit from its coordination, tasking and intelligence arrangements, as well as being able to access its specialist capabilities, as appropriate.

The Solicitor-General, Oliver Heald QC MP has said that:

The responsibility for tackling wildlife crime spans a number of Ministries and organisations and could benefit from a more co-ordinated approach which would be provided by a domestic strategic plan.

I have recently received the letter below from Lord de Mauley, Parliamentary Under Secretary of State for Natural Environment and Science at the Department for Environment Food & Rural Affairs (Defra).

The Minister says that the Government is committed to tackling wildlife crime, and at a conference in February of this year the UK and over 40 countries signed a Declaration to take measures to stamp out international wildlife crime.

As far as the UK is concerned, the Government continues to fund the National Wildlife Crime Unit (NWCU) which draws together and advises all interested parties such as police and the justice system in addition to obtaining specialist and strategic advice on the impact of wildlife crime.  Priorities currently include prevention of the persecution of bats and birds of prey, poaching and illegal trade in Convention on International Trade in Endangered Species of Wild Fauna and Flora (CITES) species. 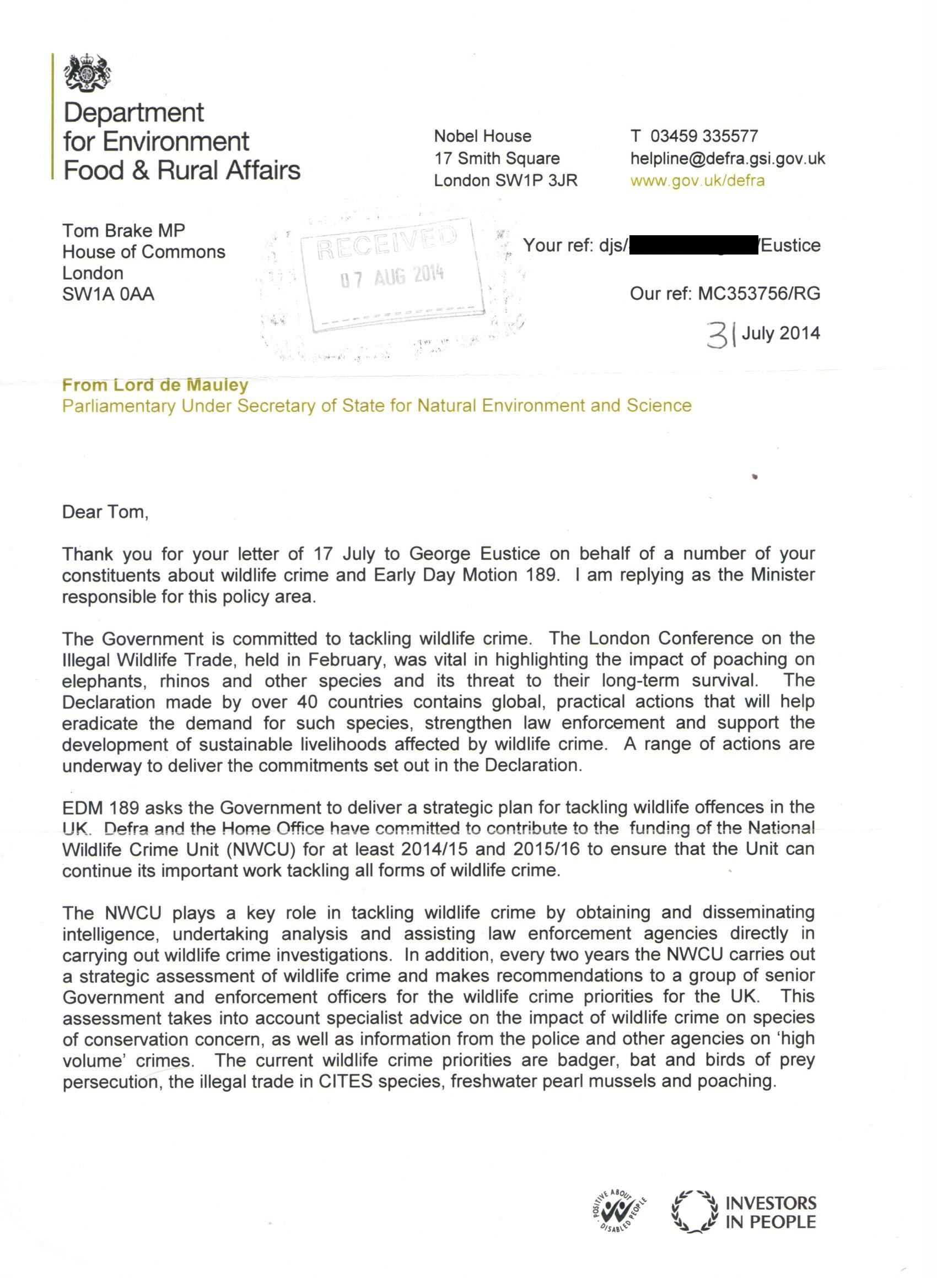 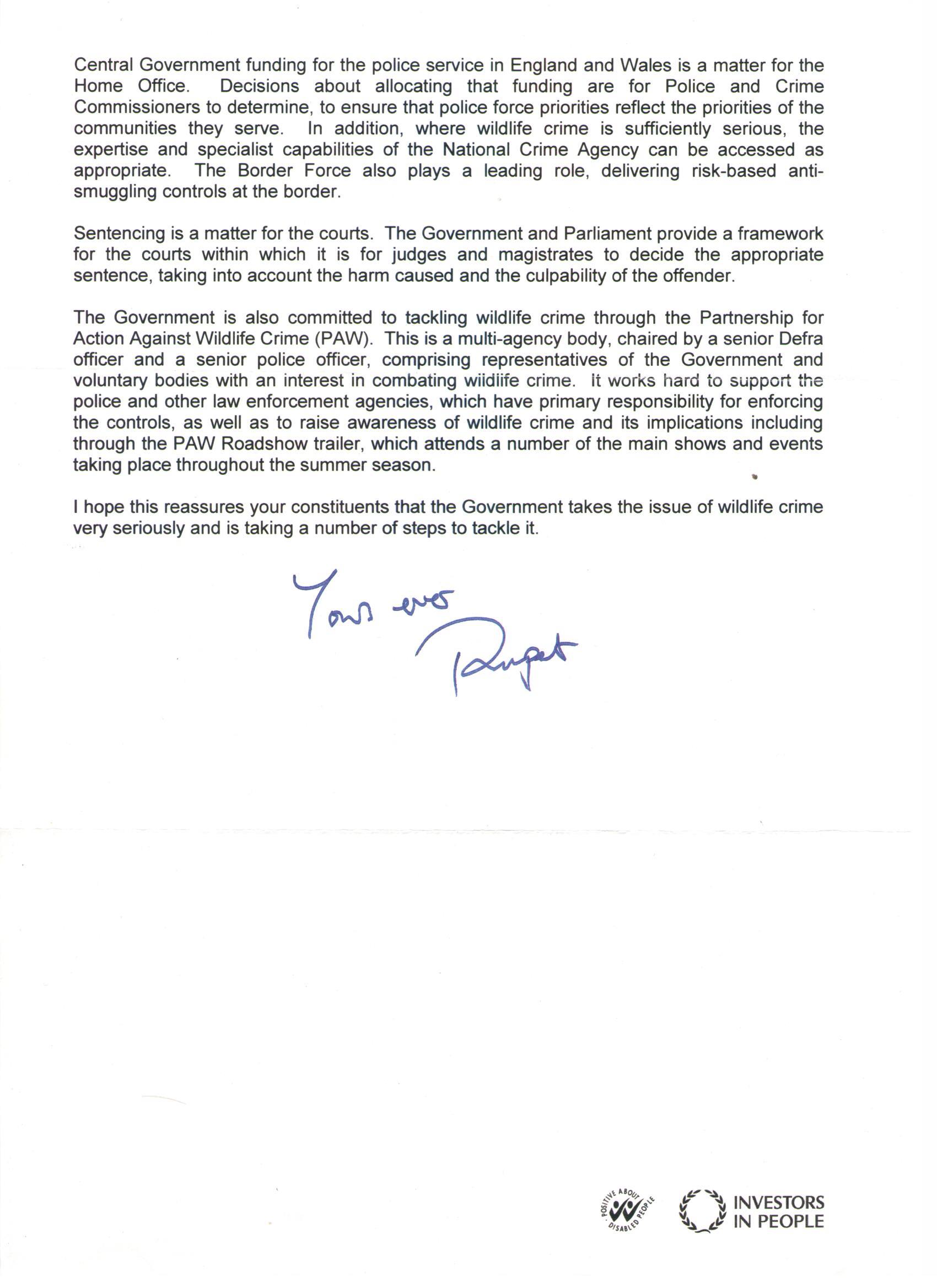