WWF recently celebrated the opening of their ‘A river runs through it’ exhibition, attended by Carshalton and Wallington MP, Tom Brake. 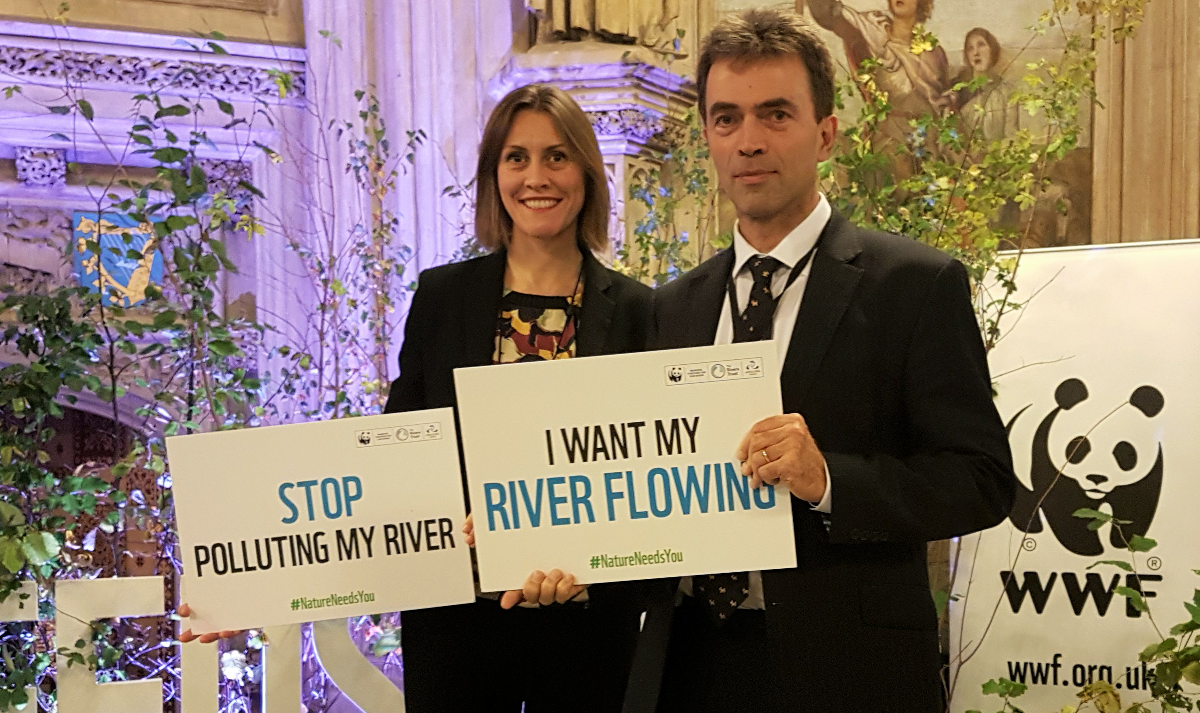 The spectacle included a river through the Upper Waiting Hall – a busy thoroughfare for Members of Parliament – and collaborative artwork by local children and artist Layla Andrews. The exhibit supported a week of events that celebrated the UK’s unique rivers, asking politicians to support the restoration of our environment.

The interactive exhibit brought nature inside Parliament to highlight the issues that English and Welsh water systems are facing, such as growing pollution from rural areas and sewage runoff.

This is following the recent WWF report, Flushed Away, that found 80% of rivers in England and Wales are unhealthy, and up to 40% are polluted with sewage.

WWF Chief Executive Tanya Steele and MP Angela Smith spoke at the opening ceremony, joined by parliamentarians, including local MP Tom Brake, and people from across the country who care about improving the health of our rivers.

The #NatureNeedsYou campaign has previously worked with local Angling Trusts and River Trusts to deliver events to promote the campaign. More than 4000 people in England and Wales have already written to their MP through a WWF email action.

“The wildlife that lives in our rivers is in crisis. According to the 2016 Living Planet Report, populations of river and other freshwater wildlife have declined by 81% since 1970, faster than any other species group on the planet, and 13% of freshwater species are threatened with extinction in the UK. Despite big improvements over recent decades, four out of five rivers in England and Wales are failing to reach the required health standards. This is a result of pollution from farms and sewage and unsustainable abstraction.

“We greatly appreciate the Houses of Parliament hosting us and for so many members of parliament attending. This display places the environment firmly at the centre of the Brexit process and makes the health of our rivers an undeniable priority to everyone. The WWF is calling for the UK Government to place nature at the heart of politics, to restore and safeguard the environment for generations to come.”

“It was a pleasure to attend a wonderful exhibition highlighting the unique rivers in the UK. It really hit home the scale of the urgent action we need to tackle pollution in our rivers. The river Wandle, an iconic river flowing through my constituency, is a fantastic example of a river which used to be extremely polluted - indeed it was once the most industrialised stretch of river in the world - and is now, thanks to a massive clean-up effort, on its way to becoming London’s cleanest river.